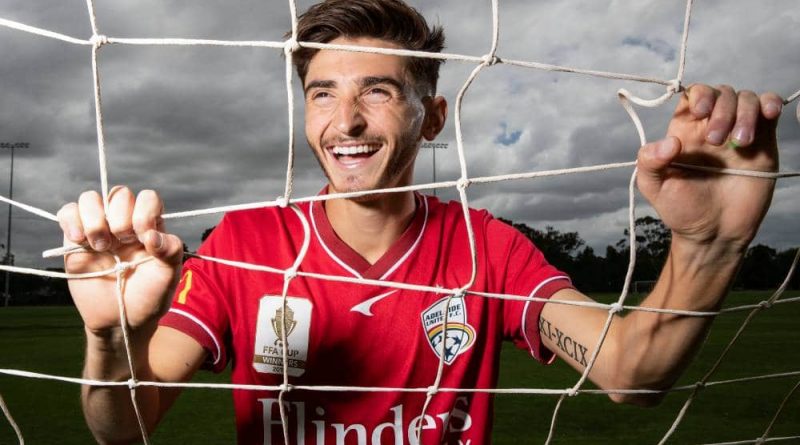 Footballer Josh Cavallo has opened up about his friendship with another gay player.

The Australian footballer has been praised for his courage and bravery after coming out as gay on social media on 27 October, and becoming the only active gay male top-tier professional football player in the world.

Cavallo told the Herald Sun that his friendship with Thomas Beattie, a former English footballer who came out as gay after retirement, inspired him to come out and help other young queer people struggling.

“He has worked closely with me, and he said to me: ‘Josh, you can have both, you can change the world, you can do this’ and he opened my eyes to doing this,” he said.

He wanted to “help change or save someone’s life” because there could be “someone on the opposite side of the world dealing with the exact same pain as what me and Tommy went through”.

“It could lead to suicide or take them to dark places,” he added. “But I want to share the positive side of that and look at the reaction I’ve gotten and how happy everyone is from that.”

Cavallo also told the Herald Sun there was a special reason behind why he decided to come out on 27 October.

It is his parents’ wedding anniversary, the date when his beloved grandfather passed away and 27 is also the number on his Adelaide United jersey.

“I wanted to do it on the 27th because that’s my number,” he said. “It’s a very special number in the family.”

He described how two tattoos on his arm are tributes to his grandfather, who was his “best mate growing up”. One tattoo is the date his grandfather died in Roman numerals, and the other simply reads: “Rest easy.”

Cavallo said he had been thinking a lot about his grandfather in recent weeks and that he just wants “to make him proud”.

He also opened up more about the reaction and support he’s received from the football world and fans since coming out. Cavallo said he can now “go to sleep” with “pride and happiness and joy” in his heart while “just smiling” – which he said hasn’t happened “for six years”.

“I forgot how that feels like,” he admitted. “It’s crazy.”