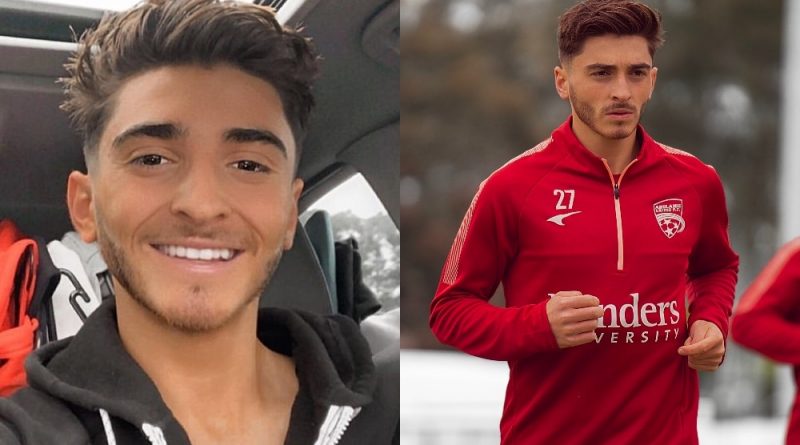 Australian pro footballer Josh Cavallo has been praised for his courage and bravery after coming out as gay.

The Adelaide United player triumphantly came out as gay in a Twitter statement on Wednesday morning (27 October), saying he felt “finally comfortable” to share his truth after “living a double life”.

“There’s something personal that I need to share with everyone. I am a footballer and I am gay,” Cavallo said.

Countless athletes, LGBT+ advocates and football fans praised Josh Cavallo for his decision to reveal his sexuality to the world.

“And, in many ways, selfless,” she tweeted. “I am confident that the football and broader LGBTQ+ community are ready to support you in a way that will encourage others to follow your lead. Thank you, Josh.”

Thomas Beattie, a retired English footballer who himself came out last year, tweeted: “So proud of my little brother, [Cavallo], who just came out as the only openly gay footballer in the Australian A-league and the only current player in a top division.

“Visibility and representation matters!! The world is a better place for your courage! Legend!”

Australian Labour senator Penny Wong tweeted: “Any young person who is struggling with their identity, or feeling excluded or judged, can look today to Josh Cavallo.

“Thank you for your courage, Josh. For reminding all that we are strong and we are here. And we are United.”

Pride in Football, a network of British LGBT+ football fans, called Josh Cavallo a “real inspiration to other footballers and everyone around the world”.

This message was echoed by Pride in Sport, an Australian advocacy group, as its bosses praised Cavallo for his “courage and leadership”.

“His bravery is to be congratulated and his journey shows the unfortunate reality that many athletes face when they are not able to enjoy the sport they love as their true selves,” said Beau Newell, Pride in Sport’s national program manager, in a statement.

“Like Cavallo, many athletes self-edit their existence in sport and expend a good deal of their daily energy on hiding their true self from others.

“His story highlights the fear that many athletes have in coming out: that they will face potential discrimination, harassment and bullying from those within their sport.”

Many more fans congratulated Cavallo, stressing the significance of his coming out when out male footballers are still few and far between.

A day will soon come, many said, when coming out will not make headlines.

All I want to do is play football and be treated equally…I’m Josh Cavallo, I’m a footballer, and I’m proud to be gay.” This will change lives. Bravo @JoshuaCavallo 👏🏳️‍🌈 https://t.co/xYlLH69lFZ

The idea of people living double lives over their sexuality hurts my heart. Wishing you all the happiness in the world being yourself, Josh Cavallo 🙌🏻 🏳️‍🌈 https://t.co/RPIS5srRMA

Thank you for sharing your whole self with football Josh! Very best wishes from all of us at FvH 🖤💗 https://t.co/UbDbaK9c6R

Congratulations, Josh. You’re an inspiration to us all 👏🏼 https://t.co/j23Y2akvUa

Much pride and admiration for your emphatic and open statement @JoshuaCavallo

Your action and heartfelt words will impact many in such a positive way in Australia and far beyond.

Justin Fashanu was the first active professional footballer to come out as gay in 1990.

Less than eight years later, after years of being hounded by the homophobic press, he died by suicide

Germany’s Thomas Hitzlsperger is among the most high-profile gay football players, having come out the year after he retired.

American former Leeds United player Robbie Rogers also announced he was gay when he retired in 2013.