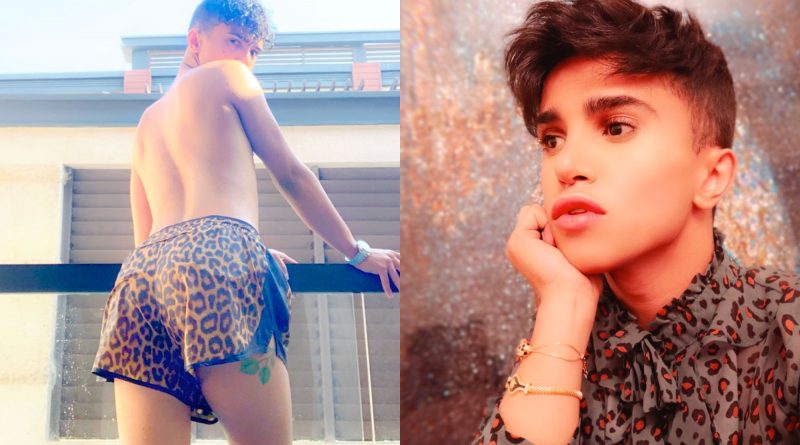 LGBT+ football fans in Brighton will be demonstrating in support of a gay man jailed in Saudi Arabia when their team plays Newcastle United.

The protest will target the Toon Army of travelling supporters outside the Amex Stadium’s away end and highlight the case of Suhail Al-Jameel.

The 25-year-old was jailed two years ago for posting a picture on social media of himself shirtless and wearing leopard-print shorts.

The popular gay influencer, with 170,000 followers on Twitter, said he was later charged with sharing nude photos online and faces three years behind bars.

He later warned gay people to stay away from Saudi Arabia saying: “There is no place for you here, it is illegal to be who you are and it is sad.”

The demonstration follows a protest by Crystal Palace fans at Newcastle’s last away game two weeks ago, following the Saudi Arabian £305m takeover of The Magpies

The Premier League’s newest owners have a poor record on human rights, particularly in relation to the LGBT+ community with queer people facing the death penalty in the desert kingdom.

Football fans ‘not going away’ as they back jailed gay Saudi

Stuart Matthews, spokesman for the Brighton LGBT+ group, Proud Seagulls, said of Suhail’s case: “This is the reality of a harsh regime that’s hell-bent on suppressing all forms of free speech regardless of race, creed, colour or sexuality.

Adam Crafton asked the club on Twitter: “If football is for everyone, can you ask your owners [six government ministers and the Crown Prince on PiF board] why a gay man, Suhail Al-Jameel, aged 25, is locked up in KSA simply after posting a shirtless photo? #FreeSuhail.”

Hey @NUFC great to see you advocating. It will help. Now, if football is for everyone, can you ask your owners (6 govt ministers and the Crown Prince on PiF board) why a gay man Suhail Al-Jameel, age 25, is locked up in KSA simply after posting a shirtless photo? #freesuhail https://t.co/ZQ1FDC0rk9

Waving the deal through, the Premier League said it had received legal assurances the Saudi state would not control Newcastle United, but the fans groups said this decision “made a mockery” of the Owners and Directors Test.

Matthews added: “I don’t agree that the Premier League is putting money before their own principles. The Saudis didn’t meet the Owners and Directors Test before but now all of a sudden they have done, and I can’t see why.

“Why is it that we’re now for a country that is homophobic, transphobic, and discriminates in so many other ways.

“The Premier League should have stuck by its principles and said: ‘No, you do not uphold the values that we uphold in the game and within the country.’”

He revealed that following the Palace protest the Newcastle owners had got in touch with their own fans groups asking for intelligence on when further protests were planned so they could be ready.

“The Newcastle board are realising they are now in for a rough ride and it’s not going to go away,” he said.

“All the LGBT+ groups are part of Pride in Football, which is like an umbrella organisation, and we’re all on a WhatsApp group.

“The Newcastle chair basically came back and said: ‘Newcastle aren’t happy. If you’re going to do a demo that’s fine but let us know beforehand so we’re aware of it and it doesn’t come as a surprise and they can prepare a response.’

“The Newcastle fans groups have to work with their new owners but it doesn’t help that the new owners are very anti-LGBT+, anti-women and, well, anti-anything really. Horrible.”

Speaking ahead of Saturday’s match Felix Jakens, Amnesty International UK’s Head of Campaigns, said: “Football has its own issues with racism and other hate speech, but fans have a perfect right to voice concerns about serious human rights abuses in Saudi Arabia.

“The greater the spotlight on Saudi human rights violations, the better. If fans around the country are speaking about Saudi beheadings, about alleged Saudi war crimes in Yemen or the murder of Jamal Khashoggi, then that’s a useful way of getting basic facts about Saudi Arabia’s appalling human rights record out into the wider world.”