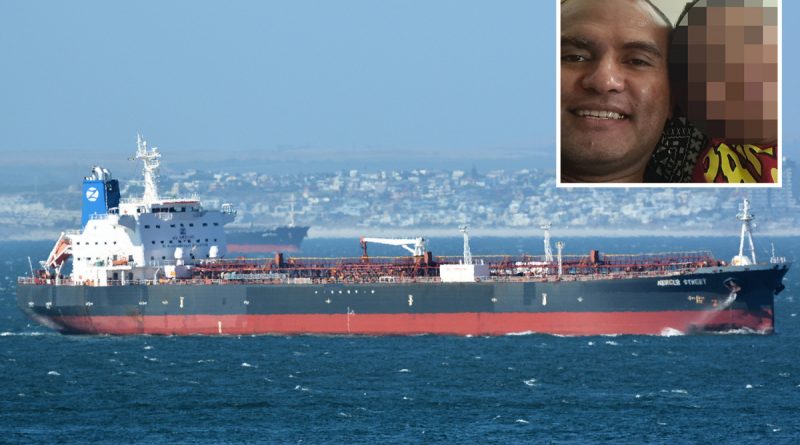 
A BRITISH Army veteran and dad who was killed in a suspected drone attack aboard an oil tanker in the Arabian Sea has been named.

Adrian Underwood is thought to have died alongside a Romanian national in the strike on the Liberian-flagged Mercer Street.

The Fijian-born Brit was working in a security role for maritime security company Ambrey when he was killed.

A JustGiving page setup for the former soldier has already raised close to £5,000.

It comes after a “potential hijack” of an oil tanker by armed attackers in the Gulf of Oman tonight.

A heartfelt tribute written by a pal said: “In memory of Adrian Underwood, who sadly died when the ship that he was protecting was attacked. A humble gentleman, funny and loved by so many.

“Our love, thoughts and blessings go to his wife Kiasia, young son Zac and his family and friends and of course the Fijian brotherhood.

The strike on the Israeli-run tanker is thought to have involved a suicide drone.

Iran’s ambassador to the UK Mohsen Baharvand was summoned to the Foreign Office for a formal dressing down following the attack.

A defence source previously told The Times there was “no doubt” Iran was behind the attack.

Boris Johnson warned Iran it would face “consequences” for killing the British security guard at sea in a drone strike – as the UK and allies mulled a cyber strike retaliation.

British special forces are reportedly planning a ‘kill or capture‘ manhunt mission on the Iran-backed terrorists who attacked the Israeli-operated tanker.

A team, including SAS specialists and Special Boat Service commandos, flew out to join the stricken tanker and take charge of the investigation.

In this evening’s incident, a ship called Asphalt Princess was reportedly boarded and seized by up to nine armed attackers.

The group is feared to have stormed the ship close to the Straits of Hormuz, through which a fifth of the world’s oil is transported.

Four other tankers reported losing control of their steering around the same time in the busy shipping lane between Iran and the United Arab Emirates.

A security source told Sky News: “It was an unauthorised boarding in the Gulf of Oman.”

Sources have told The Times they believe Iranian military or proxies boarded the vessel.