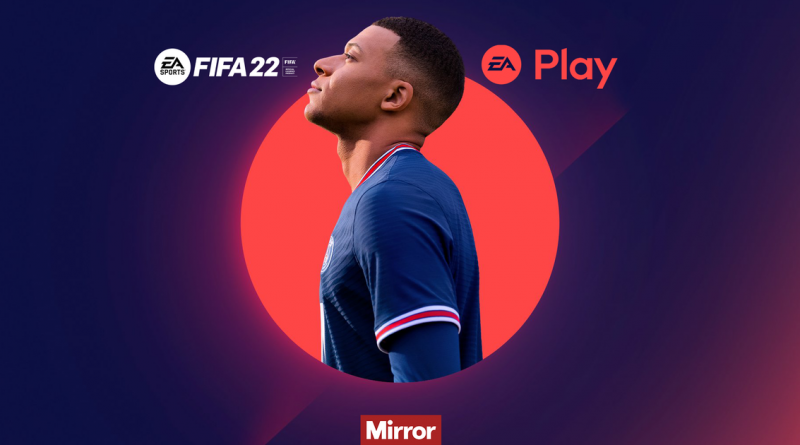 
EA Play members are now able to access their 10 hour trial of FIFA 22, with plenty of players already getting stuck into the new features and game modes available in the latest game of EA Sports’ FIFA franchise.

EA Play allows players that sign-up to the subscription service access to exclusive benefits and EA published games, the chance to trial new EA games before launch for up to 10 hours of playtime, including FIFA 22, and save on EA digital purchases with a 10% member discount, including FIFA points, downloadable content and full games.

But only players on PS5/Xbox Series X/S are able to receive the added 10 hours of playtime, due to both versions of FIFA 22 being available on next-gen consoles.

So, here are the instructions for how to access an extra 10-hour trial on next-gen consoles.

To access your 20-hour FIFA 22 EA Play trial ahead of the official release date on Monday, September 27 or Friday, October 1, depending on which version of the game you pre-ordered, follow the guide below:

This method allows you to have both the PS5/PS4 or Xbox Series X|S/Xbox one trial versions on your console, allowing players access to two 10 hour trials of FIFA 22. This gives players more time to earn progress, especially on Ultimate Team, ahead of the official release of the game next week.

The download is around 37GB in size on Xbox One, Xbox Series S, Xbox Series X, PlayStation 4 and PlayStation 5, so before using this exploit, make sure you have enough space in your console storage.

FIFA fans can start their Ultimate Team journeys via the EA Sports Web App and Companion App if they do not wish to access the trial version of FIFA 22 ahead of its release next week,

Remember, if you do decide to use EA Play to get 10 hours early access to FIFA 22, you will still have to purchase an edition of FIFA 22 to play the game after your 10-hour trials have expired.

Players who pre-order or purchase the Standard Edition of FIFA 22 on Xbox One, Xbox Series S, Xbox Series X, PlayStation 4, PlayStation 5, PC and Stadia will be able to access the game from the official UK release date, which is Friday, October 1, 2021.

Players who pre-ordered the Ultimate Edition of FIFA 22 on Xbox One, Xbox Series S, Xbox Series X, PlayStation 4, PlayStation 5, PC and Stadia will be able to play four days earlier than the official release date and can access the game from Monday, September 27, 2021.

FIFA 22 is now available to pre-order on all platforms.

Powered by Football, EA SPORTS FIFA 22 brings the game even closer to the real thing with a new season of innovation across every mode and groundbreaking next-gen HyperMotion gameplay technology on PlayStation5 that elevates every moment of the match.