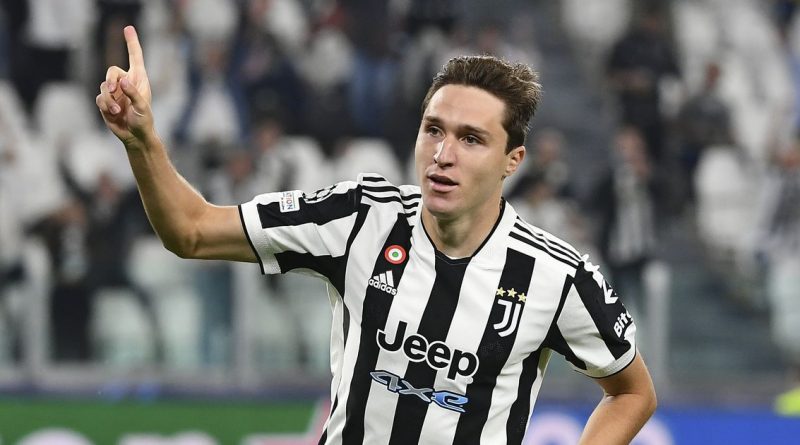 Federico Chiesa has continued where he left off at Euro 2020 (

The Italian forward was one of the standout talents of the summer tournament, scoring two crucial goals on his country’s route to lifting the trophy.

Back in action for his club side Juventus this season, Chiesa is again making headlines following the departure of the club’s former talisman Cristiano Ronaldo.

It was his goal which settled the score as Juve saw off holders Chelsea in the Champions League on Wednesday.

His electric pace caused the Blues all manner of problems all evening, and it was that same turn of speed which saw him race ahead of Antonio Rudiger to smash home the winning goal just 11 seconds after the restart.

Chiesa led the line for the Italian club on a big night at the Stadio delle Alpi, as Juve were without Paulo Dybala and Alvaro Morata for the clash.

Chiesa himself has only recently returned from a thigh injury, though he showed little signs of lacking despite his manager insisting he was still working his back to full fitness.

Speaking after the game, Allegri said: “He is absolutely not at 100 per cent and this was the first time Federico had played centre forward.”

It was through Morata’s absence in particular which afforded Chiesa the chance to spearhead Juve’s attack – as opposed to his usual wide berth – and his manager Massimiliano Allegri feels it is a position we are likely to see the 23-year-old in more often in the years to come.

“I told Federico my evaluation, which is that he can play as a centre-forward or a support striker.”

That is the same role his father, Enrico, flourished in during a stellar professional career, which took in spells at Sampdoria, Parma, Fiorentina and Lazio, among others.

It was at Fiorentina where the younger Chiesa began his senior career, before Juventus swooped to agree an initial two-year loan deal.

The transfer will now be made permanent at the end of this season, with Juve obligated to pay €40 million (£34.2m) as part of the original agreement.

How much is Chiesa worth in the current market? Have your say below.

That was just a fraction of the supposed offer Liverpool were reported to have lodged for the player this summer.

La Republicca claimed via Football Italia back in July that the Merseyside club had launched an audacious €100m (£85.6m) bid to land Chiesa.

Given Liverpool largely kept their spending to a minimum in the transfer window – coupled with Jurgen Klopp’s admission that the club were not in a position to spend frivolously – it’s unlikely the Reds tabled an offer of that amount.

That’s not to say they haven’t possibly made enquiries as to his availability, however, with Chiesa’s fast, direct approach fitting Klopp’s ideal prototype for a forward player.

Regardless, Chiesa has already made his feelings known on the “pointless gossip” surrounding his Juventus career.

Following Allegri’s return to the club this summer, reports of a rift between the pair began to circulate.

But Chiesa was quick to hit back at reporters, telling Amazon Prime Italia after the win over Chelsea: “I’ve never had a problem with the coach, this was just created by the media. I do whatever he asks, there’s no issue here.

“I know you lot like it when Juve start the season badly, so you can start with pointless gossip, but we are all behind the coach and want to bring Juve back to the years of dominating the Scudetto race.”

He’s certainly going the right way about it.