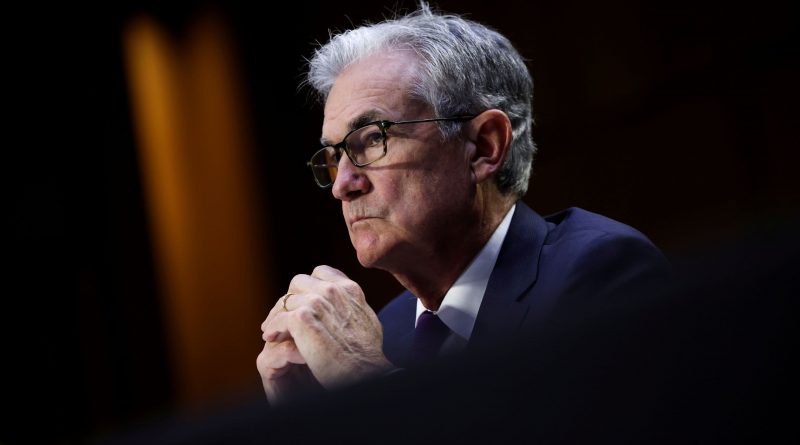 Federal Reserve Chairman Jerome Powell, during his August speech at the annual Jackson Hole symposium, laid out five reasons supporting his view that the current run of high inflation will go away. So far, they aren’t holding up very well.

In fact, there are weaknesses in each of the five planks that, if not thwarting it altogether, at least undermine the Fed’s inflation position and give markets and consumers plenty to watch.

“In the period ahead, wage growth outside low-paid high-touch sectors and indicators of longer-term inflation expectations … will play an important role in determining whether the Fed shifts more decisively in a hawkish direction or ends up being vindicated,” Krishna Guha, head of global policy and central bank strategy for Evercore ISI, said in a recent note.

“The risk for the Fed is that even if the transitory story is ultimately right, it could face a crunch point
(end this year/early next?) when these tests too come under stress,” he added.

At Jackson Hole, Powell mentioned “inflation” 89 times in a speech titled “Monetary Policy in the Time of COVID.”

While he acknowledged that inflation is “elevated,” he also said the conditions around it are “dynamic.” He then listed five criteria he would use to assess how things are going, and wrapped up the passage by insisting that the economy would trend back to full employment and inflation would return to the Fed’s 2% goal.

Since the speech, the data has pointed mostly to continuing and in some respects escalating price pressures. Markets have responded by pushing up the yield on the benchmark 10-year Treasury note by about a quarter percentage point.

To be sure, there’s plenty of time for Powell to be right, and many professional economists also hold the “transitory” position.

But consumer expectations for inflation continue to surge, rising to 5.3% over the next year and 4.2% over the next three years, according to the New York Fed. Both are the highest in the history of a data series that goes back eight years.

Moreover, in recent days traders have upped their bets that the Fed will move faster than anticipated on rate hikes. Market pricing now implies a first increase coming in September 2022, followed by at least one more 25 basis point move before the end of the year, according to the CME’s FedWatch tracker. Current Fed forecasts are for a slightly better than even chance of one rate hike next year.

That makes the incoming data crucial as markets, the broader economy and policymakers in Congress have relied on the Fed to keep policy easy with inflation low. Should that change, the ripples would be felt across all three areas.

“The Fed has gone overboard to focus so much on getting as many jobs possible,” said Bob Doll, chief investment officer at Crossmark Global Investments. “Their target was 2% inflation … They’re way past what they hoped for.”

He sees the central bank chief on solid ground in some respects regarding the transitory view but less so on others.

Right off the bat, the case for there being no broad-based pressures looks weak. Supply chain disruptions have gone on far longer than the Fed had hoped. The price impact from those problems has bled into other parts of the economy and is exacerbated by chronic labor shortages and higher shelter costs, a critical part of the closely watched consumer price index.

Prices for oil and other parts of the energy space are affecting a wide swath of activities.

“Consequently, it no longer seems reasonable to talk about ‘the absence so far of broad-based inflation pressures’ and the first test no longer holds,” Guha wrote.

On the issue regarding higher-inflation items, Powell frequently has cited vehicle costs as a major contributor to headline price gains. But used vehicle prices went down in September and headline inflation – including energy and food – remained at a 30-year high.

At the very least, September’s CPI was a warning that inflation may fade eventually, but well after the Fed is expecting.

“Looking further out, it may still be reasonable to expect moderation in durable goods inflation, but the timeline may extend deeply into 2022 (and beyond in some instances),” Guha said.

The third prong is wages.

Policymakers have been pushing for ways to raise workers’ wages, which have been stagnant in real terms for a generation. And to some degree, that’s worked, with average hourly earnings up 4.6% year over year in September and rising 4.2% on a three-month basis, according to the Atlanta Fed.

While the two have kept up with 3.6% annual core inflation as measured by Fed’s favorite metric, worries are rising that the dreaded wage-price spiral could be looming if current conditions persist.

“If, in the aggregate, wages did push materially above this level on a persistent basis, the question would be whether firms would be able to pass on the higher costs in the form of higher prices or have to absorb the higher wages in margins,” Guha wrote.

Powell’s fourth point, about inflation expectations, depends on the eye of the beholder.

Market-based measures of inflation have been either within or not much above the Fed’s 2% target. One such measure, the 5-year 5-year forward inflation rate, is at 2.37%, its highest in eight years.

Customers shop for meat at a supermarket on June 10, 2021 in Chicago, Illinois. Inflation rose 5% in the 12-month period ending in May, the biggest jump since August 2008. Food prices rose 2.2 percent for the same period.

The rise in inflation expectations “has been relatively rapid and warrants monitoring,” Guha warned. Moreover, he said such measures are often tethered to energy prices, so if they keep rising “market-based indicators might move up even as household surveys were also being pulled temporarily higher by elevated current inflation.”

Finally, Powell has long held that inflation is being held in check by forces that the Fed has no control over – aging populations, lower productivity and advances in technology.

Still, he cautioned that markets in other respects are leaving open the possibility of a Fed mistake. The risk is “that central banks will be forced to reverse course in the hawkish direction, and ultimately
overdo it, generating an asset price bust that puts the global economy back into recession.”

Concerns at the Fed and on Wall Street

Investors are joining consumers in growing increasingly concerned that the conventional wisdom on inflation is wrong.

The Bank of America Fund Managers Survey, a closely watched sentiment gauge for more than 400 Wall Street investing professionals, listed inflation as by far the top market “tail risk,” or improbable event that could have significant consequences. That easily topped worries over China and dwarfed concerns over the Covid pandemic.

There also are worries inside the Fed.

At a recent speech, Atlanta Fed President Raphael Bostic brought along a jar with the word “transitory” written on it. It was a central banker’s version of a swear jar, in which offenders have to donate a dollar for every profanity they utter. In this version, though, the curse word is “transitory.”

That’s because Bostic, who is considered in some circles as a longshot bet to replace current Powell when his term is up in February, thinks transitory is not the correct way to frame inflation. Instead, he prefers “episodic,” at a time of “animated price pressures” that he figures “will not be brief.”

“Data from multiple sources point to these lasting longer than most initially thought. By this definition, then, the forces are not transitory,” Bostic said. “I believe evidence is mounting that price pressures have broadened beyond the handful of items most directly connected to supply chain issues or the reopening of the services sector.”

No less an authority than the International Monetary Fund also warned recently that inflation could be worse than the transitory view and require higher rates to control. In its update last week on global economic expectations, the IMF said there was “high uncertainty” around inflation expectations, and said that in the case that it remains persistent, central banks like the Fed “should be prepared to act.”