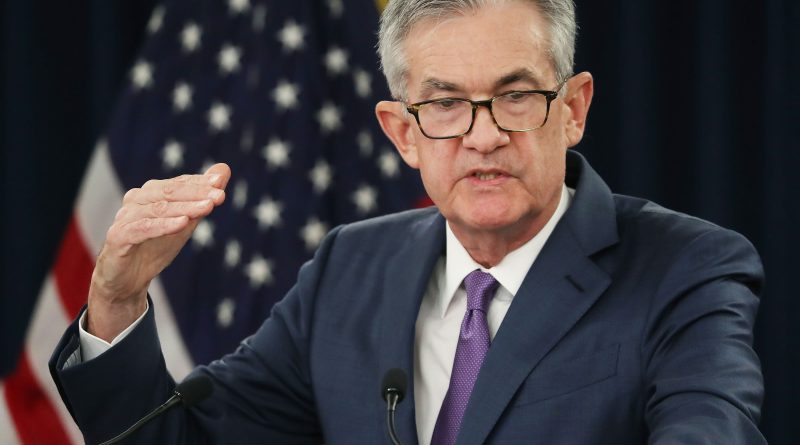 The Federal Reserve on Wednesday held its benchmark interest rate near zero and said the economy continues to progress despite concerns over the pandemic spread.

As expected, the Federal Open Market Committee concluded its two-day meeting by keeping interest rates in a target range near zero.

Along with that, the committee reiterated its view that the economy continues to “strengthen.”

Despite his optimism about the economy, Chair Jerome Powell said the Fed is nowhere near considering a rate hike.

“Our approach here has been to be as transparent as we can. We have not reached substantial further progress yet,” he said. “We see ourselves having some ground to cover to get there.”

The FOMC’s statement noted that “progress” has been made towards the Fed’s goals on employment and inflation, a nod that changes to policy, particularly regarding the monthly bond purchases, could be on the way.

“The sectors most adversely affected by the pandemic have shown improvement but have not fully recovered” the post-meeting statement said. “Inflation has risen, largely reflecting transitory factors. Overall financial conditions remain accommodative, in part reflecting policy measures to support the economy and the flow of credit to U.S. households and businesses.”

Stocks shaved some losses during Powell’s remarks, with the major averages still in negative territory.

Powell noted the rising threat that the pandemic and its delta variant is posing, But he said he does not see it having a major economic impact.

“What we’ve seen is with successive waves of Covid over the past year and some months now, there has tended to be less in the way of economic implications from each wave,” Powell said at his post-meeting news conference. “We will see if that is the case from the delta variety.”

In a separate move, the Fed said it would establish two standing repo facilities, one for domestic markets and the other for foreign and international authorities. The facilities allow institutions to exchange high-quality collateral, primarily Treasurys in the case of the domestic offering, for reserves.

With the Fed likely on hold relative to interest rates at least until late-2022, investors have been looking for clues as to when the monthly bond purchases might start to be pulled back.

The central bank currently is purchasing at least $120 billion a month in bonds, with at least $80 billion going to Treasurys and another $40 billion floor on mortgage-backed securities. Critics say the Fed’s mortgage purchases are helping stoke another housing bubble, with prices at record levels even though sales have tailed off amid tightening supply.

Some Fed officials have said they would be willing to entertain cutting back on mortgages first. Chairman Jerome Powell, though, has said several times that the mortgage purchases are having only a minimal effect on housing.

On the broader economy, the Fed has kept its foot to the accelerator despite some of the fastest post-World War II growth the U.S. has ever seen. Second-quarter GDP numbers are out Thursday, with the Dow Jones estimate at 8.4% annualized growth for the April-to-June period. That would be the fastest pace since early 1983, not counting last year’s outsized Q3 growth as the economy reopened from the pandemic shutdown.

The Fed has faced growing inflation fears, with consumer prices running at their highest since just before the financial crisis of 2008. However, officials insist the current surge is temporary and will abate once supply chain bottlenecks ease, demand returns to normal levels, and certain items, particularly used car prices, also get back to baseline.

Heading into this week’s meeting, markets were pricing in zero chance of any rate increases this year. However, the likelihood of a 2022 hike rose from 54.4% before the meeting to 62% afterward, with futures fully pricing in the first hike by March 2023, according to CME’s FedWatch tool and Reuters.