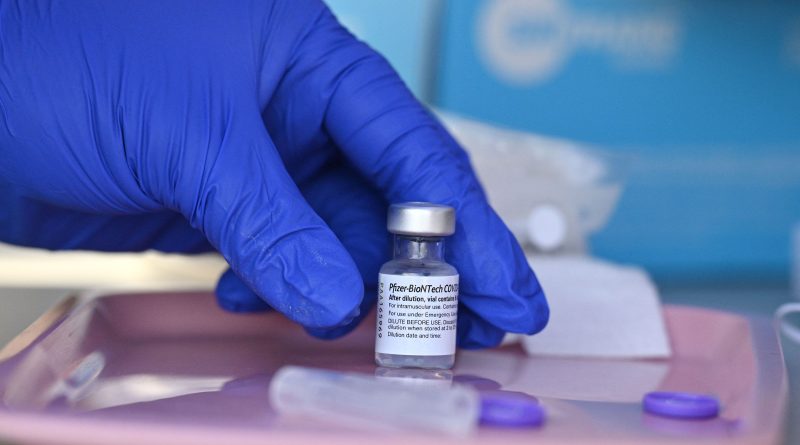 
An influential Food and Drug Administration advisory committee on Friday resoundingly rejected a plan to administer booster shots of Pfizer and BioNTech’s Covid-19 vaccine to the general public, saying they needed more data.

“It’s likely beneficial, in my opinion, for the elderly, and may eventually be indicated for the general population. I just don’t think we’re there yet in terms of the data,” Dr. Ofer Levy, a vaccine and infectious disease specialist at Boston Children’s Hospital, said after voting against the original proposal. The final tally failed 16-2.

The nonbinding decision by the FDA’s Vaccines and Related Biological Products Advisory Committee comes as the Biden administration has said it wants to begin offering booster shots to the general public as early as next week, pending authorization from U.S. health regulators. While the agency hasn’t always followed the advice of its committee, it often does. A final FDA decision could come in a matter of hours. The Centers of Disease Control and Prevention has scheduled a two-day meeting next week to discuss plans to distribute the third shots in the U.S.

The committee vote was expected to be a controversial one as some scientists, including two senior FDA officials who were involved in the meeting Friday, have said they aren’t entirely convinced every American who has received the Pfizer vaccine needs extra doses right now.

In a paper published days before the advisory committee meeting, a leading group of scientists said available data showed vaccine protection against severe disease persists, even as the effectiveness against mild disease wanes over time. The authors, including two high-ranking FDA officials and multiple scientists from the World Health Organization, argued Monday in the medical journal The Lancet that widely distributing booster shots to the general public is not appropriate at this time.

In outlining plans last month to start distributing boosters as early as next week, administration officials cited three CDC studies that showed the vaccines’ protection against Covid diminished over several months. Senior health officials said at the time they worried protection against severe disease, hospitalization and death “could” diminish in the months ahead, especially among those who are at higher risk or were vaccinated during the earlier phases of the vaccination rollout.

Before the vote, some committee members said they were concerned that there wasn’t enough data to make a recommendation, while others argued third shots should be limited to certain groups, such as people over age 60 who are known to be at higher risk of severe disease. Some members raised concerns about the risk of myocarditis in younger people, saying more research is needed.

Dr. Hayley Gans, a voting member, said she was “struck” that the FDA was asking the committee to look at the totality of the evidence presented Friday because some data, including on safety, was still insufficient.

Another member, Dr. Paul Offit, said he would support boosters for people over 60, but had trouble backing third shots for younger groups due to a higher risk of myocarditis.

Prior to the vote Friday, the committee listened to several presentations on data to support the wide distribution of booster shots, including from health authorities from Israel, where officials began inoculating the nation’s population ahead of many other countries and began offering third shots to their citizens in late July.

Phil Krause, an FDA vaccine regulator and a co-author of The Lancet paper, was critical of the findings presented Friday, saying much of the data had not been reviewed by the federal agency or had not been peer-reviewed. He said the models used were complex and scientists have to ensure it “is giving you the correct results.”

“That’s part of the difficulty at looking at this kind of data without having the chance for FDA to review it,” he said.

In documents made public by the FDA on Wednesday, Pfizer said an observational study in Israel showed a third dose of the Covid vaccine six months after a second shot restores protection from infection to 95%. The data was collected from July 1 through Aug. 30 when the fast-spreading delta variant was surging throughout the country.

In a presentation Friday, Dr. Sharon Elroy-Preiss of Israel’s Health Ministry argued that if officials there had not begun distributing boosters at the end of July, the nation likely would have exceeded its hospital capacity. Health officials began to see a trend, she said, of individuals in their 40s and 50s who were fully vaccinated become critically ill with Covid.

“We didn’t want to wait to see those results and we knew that we needed to vaccinate a larger portion of the population in order to get the numbers down quickly,” she told the committee. Israeli health authorities expected severe cases to average 2,000 by late August, she said. “We were able to dampen that effect and our severe cases are roughly 700 or less and have stayed stable, even though we still have days at 10,000 confirmed cases.”

She also said the booster shots were well tolerated by many people, citing data that showed there was only one case of myocarditis, a rare heart inflammation condition that’s been linked to mRNA vaccines, out of roughly 2.9 million people who received the extra doses.

Pfizer’s booster side effects are also comparable to those that emerge after receiving the second vaccine dose, Dr. Joohee Lee, an officer at the FDA’s Office of Vaccines Research and Review, said during the meeting.

Of the 289 booster recipients ages 18 to 55 monitored in Pfizer’s phase three trial, 63.8% developed fatigue, 48.4% had headaches and 39.1% experienced muscle pain. The FDA studied side effects in 2,682 recipients of Pfizer’s second Covid dose, ranging from 16 to 55 years old, reporting fatigue among 61.5% of patients, headaches among 54% and muscle pain among 39.3%. One adverse event — swelling of the lymph nodes — occurred in 5.2% of booster recipients but just 0.4% of those who received their first two doses.

“The majority were mild to moderate and they did resolve,” Lee said of the lymphadenopathy cases. “Although one is reported to be ongoing at this time.”

This is a developing story. Please check back for updates.