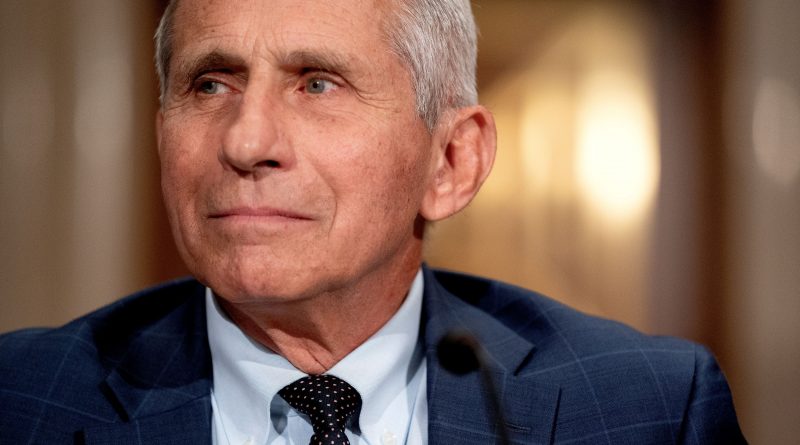 Dr. Anthony Fauci, director of the National Institute of Allergy and Infectious Diseases, looks on ahead of testifying before the Senate Health, Education, Labor, and Pensions Committee on Capitol hill in Washington, D.C., U.S., July 20, 2021.

President Joe Biden’s chief medical adviser Dr. Anthony Fauci said on Sunday he does not expect the United States will return to lockdowns, despite the growing risks of Covid-19 infections posed by the delta variant.

“I don’t think we’re going to see lockdowns,” Fauci, who is also director of the National Institute of Allergy and Infectious Diseases, said on ABC’s “This Week.”

“I think we have enough of the percentage of people in the country – not enough to crush the outbreak – but I believe enough to not allow us to get into the situation we were in last winter.”

The surge in delta variant cases is rattling the globe. Parts of Asia that were previously relatively successful in containing Covid-19, such as the Philippines, Thailand and Vietnam, are now locking down hot spots.

Some are pushing back against new restrictions. From Monday, army personnel will help police Australia’s biggest city Sydney, checking that people who have tested positive are isolating.

In France, where the government is fighting a fourth wave of infections, thousands of people protested for a third weekend in a row against the introduction of a mandatory health pass proving vaccination that will be required for entry to many public venues.

Although Fauci does not think the United States will need to shut down again as it did last year, he warned on ABC that “things are going to get worse” as the delta variant continues to spread.

“We have 100 million people in this country who are eligible to be vaccinated who are not getting vaccinated,” he said.

The average number of new cases reported each day has nearly doubled in the past 10 days and the number of hospitalized patients in many states is surging, according to a Reuters analysis. At the same time, the number of Americans getting vaccinated has increased.

“The silver lining of this is that people are waking up to this and this may be a tipping point for those who have been hesitant,” National Institutes of Health Director Francis Collins told CNN on Sunday. “That’s what desperately needs to happen if we’re going to get this delta variant put back in its place, because right now it’s having a pretty big party in the middle of the country.”

Florida has one of the worst outbreaks in the nation, based on new cases per capita. It has reported more than 110,000 new cases in the past week, a 50% increase from the prior week.

The delta variant, first detected in India, is as contagious as chickenpox and far more contagious than the common cold or flu, the U.S. Centers for Disease Control said in an internal document. It can be passed on by vaccinated people, and may cause more serious disease than earlier strains.