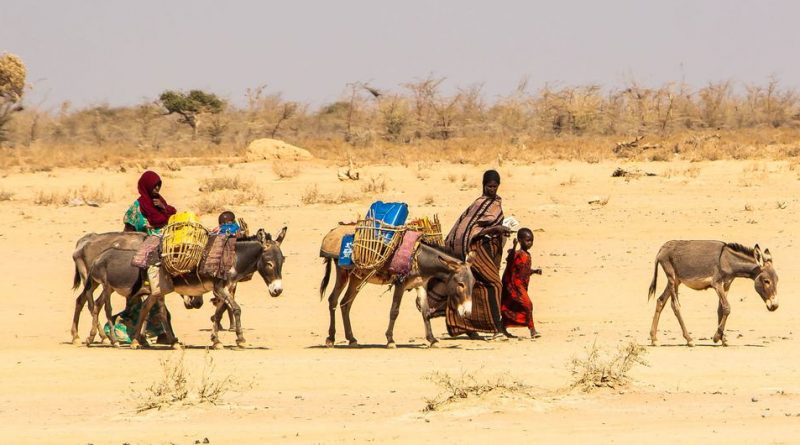 
Food insecurity is soaring in the country, driven by the combined impacts of armed conflict, drought, the COVID-19 pandemic, low production of key staple crops due to infestation by pests and diseases, and economic turmoil.

.@UNCERF‘s largest allocation of funds to @FAO comes at a critical time.

Thanks to this generous contribution, we will provide agricultural assistance to vulnerable farming and pastoral households affected by multiple shocks in the Sudan.#InvestInHumanitypic.twitter.com/yUrQmyFeUS

The “cascading effects” of the conflict in Ukraine could also worsen the situation.

FAOhas welcomed a $12 million contribution from the UN Central Emergency Response Fund (CERF) for a new project to provide emergency agriculture and livestock supplies to thousands of farming and pastoral communities in 14 of the most severely affected counties.

“This generous contribution from CERF means that FAO can urgently provide essential agricultural inputs to vulnerable farming households before the main agriculture season starts in June. It will ensure that they can produce enough food to meet their needs for the months to come,” said Babagana Ahmadu, FAO Representative to the Sudan.

The project will target 180,000 households, or 900,000 people, among the most vulnerable farming and pastoralist communities, including internally displaced people, returnees, and refugees.

As twothirds of Sudan’s population lives in rural areas, FAO said providing smallholder farmers with agricultural support is essential to the humanitarian response.

The project covers both agricultural and livestock assistance, which aims at rapidly reducing dependence on emergency food assistance and provides a basis for medium and longer-term recovery.

It also includes provision of cash and the rehabilitation of community assets such as small-scale water infrastructure, pasture and hafirs, or artificial ponds for harvesting rainwater.

FAO said the situation looks grim for millions in Sudan.  The war in Ukraine is causing further spikes in food prices, and the country is dependent on wheat imports from the Black Sea region.

Interruption in grain supplies to Sudan will make it more difficult and expensive to import wheat, with current local prices per tonne, costing 180 per cent more when compared with the same period last year.

While the CERF allocation is timely and vital, FAO added that another $35 million is urgently needed to ensure adequate support for two million vulnerable farming and pastoral households in Sudan.

Meanwhile, UN agencies and their partners are calling for a rapid scale up in action to address the looming threat of starvation in East Africa following four failed rainy seasons.

The drought, which is affecting Somalia, as well as parts of Kenya and Ethiopia, is likely the worst in 40 years, and the situation is set to worsen.

The warning came in a statement issued on Monday by FAO on behalf of the 14 partners, who include meteorological agencies and humanitarian organizations.

Some 16.7 million people in the region currently face high acute food insecurity and figures are projected to increase to 20 million by September, they said, citing data from a regional platform co-chaired by FAO.

“The climate conditions that cause the current drought are expected to prevail until the end of this year, posing a serious threat to the October-December 2022 season,” said Petteri Taalas, Secretary-General of the World Meteorological Organization (WMO).

The rainy season from March to May of this year, which appears likely to be the driest on record, has devastated livelihoods and driven sharp increases in food, water, and nutrition insecurity.

Over a million people have been displaced in Somalia and southern Ethiopia alone, while an estimated 3.6 million livestock have died in Kenya and Ethiopia.

Furthermore, it is estimated that in the worst-affected areas of Somalia, one out of three livestock have perished since mid-2021.

The partners said the latest long-lead seasonal forecasts indicate that there is now a concrete risk that the October to December rainy season could also fail.

“Should these forecasts materialize, the already severe humanitarian emergency in the region would further deepen,” they said.