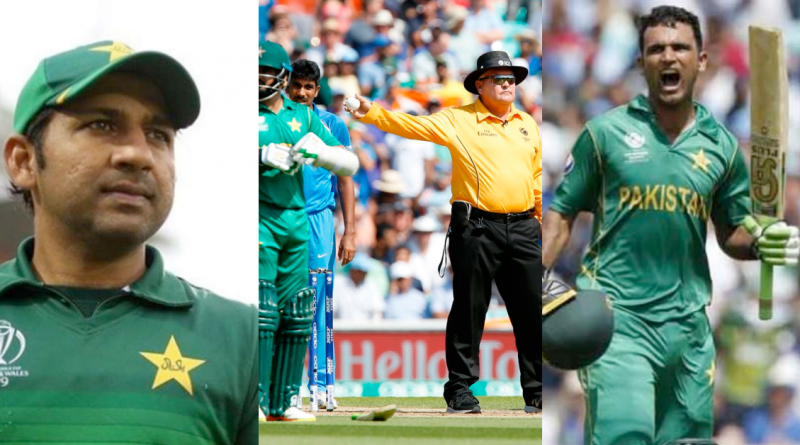 
Pakistan won the Champions Trophy for the first time on June 18, 2017, when they overcame arch-rivals India by 180 runs in the final. Pakistan batted first and scored 338/4 in 50 overs, thanks to a stunning century from Fakhar Zaman (114) and half-centuries from Azhar Ali (59) and Mohammad Hafeez (57*).

India never recovered from the early setbacks, and even Hardik Pandya’s brilliant cameo (76 off 43 balls) was insufficient to move the team close to the target. Amir and Hasan Ali took three wickets each as the side was bowled out for 158 in 30.3 overs.

Fakhar Zaman Had A Dream That He Got Out On A No-Ball Before The Final: Sarfaraz Ahmed

On the fifth anniversary of Pakistan’s dominating win against India in the final, Sarfaraz Ahmed, the team’s captain, reflected on the victory. He also revealed a never-before-heard victory anecdote.

“We started our journey with the match against India, and following the game, we had a very long team meeting. There were senior players, coaches, and captains. We talked about how we could win, our combination, and our attitude on the field. What we realised is that we have to change our attitude if we have to win. As a captain, I said one thing in that meeting, ‘Now, we will only return to Pakistan wearing the white coats (winning the Champions Trophy’,” Sarfaraz said in a video posted by the Pakistan Cricket Board on their official YouTube channel.

“Before the final, I said that we don’t have to take any pressure. As a captain, I was very confident before the final. We had the momentum.

They say, when you’re thinking good and doing good, things fall into your place. The same happened with Fakhar Zaman. He had a dream that he got out on a no-ball. Luckily, the same actually happened the next day in the final! Azhar also gave us the momentum, and Fakhar took it forward and scored a century,” Sarfaraz recalled.

India had beaten Pakistan in the league game and they were the favourites in the final but India had a bad day and Pakistan won the cup.