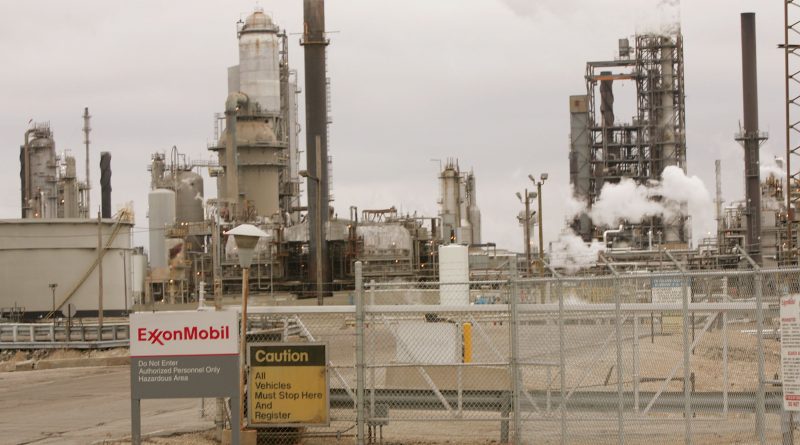 ExxonMobil Corp. (XOM) in FY 2021 posted three straight quarters in a row of rising revenue and net income. That included its most profitable quarter in several years in the third quarter. The company’s renewed financial strength prompted it to announce a $10 billion share buyback program to begin in 2022. These results are a sharp contrast to steep losses that Exxon Mobil suffered at the onset of the COVID-19 pandemic in 2020. The latest rebound is driven largely by surging commodity prices and broader economic recovery.

Investors will focus on how these and other factors impact ExxonMobil’s financial performance when the company reports earnings in Q4 FY 2021 before market open on Feb. 1, 2022. Analysts predict the company will post its highest quarterly adjusted earnings per share (EPS) in at least four years, as well as revenue that nearly doubled year-over-year (YOY) to exceed pre-pandemic levels.

Investors also will focus on another key metric: net income for Exxon’s upstream segment, which is involved in the exploration, development, and production of oil and natural gas. For Q4, analysts estimate that the upstream segment will post its fourth quarter in a row of profits after three consecutive quarters of losses.

Exxon’s shares have consistently outperformed the market over the past year. The stock surged ahead of the broader market early in February 2021 and then traded sideways in a wide band until December. At the end of December, ExxonMobil shares mounted a significant rally that has continued through the end of January 2022, even as the broader market has faltered. As a result, Exxon stock has significantly outperformed, providing 1-year trailing total returns of 73.5% as compared with 17.0% for the S&P 500 index as of Jan. 29, 2022.

ExxonMobil struggled to grow its adjusted EPS in recent years, including during the first year of the pandemic in 2020. The company posted five consecutive quarters of YOY declines in adjusted EPS from Q1 FY 2019 through Q1 FY 2020. Then, as the pandemic hammered global economies and oil prices, ExxonMobil reported three straight quarters of losses or profit declines in the final three quarters of 2020. In 2021, Exxon’s quarterly adjusted EPS has rebounded rapidly along with oil prices and the economy. In Q3 FY 2021, adjusted EPS rose to the highest level in at least 15 quarters. Now, analysts predict that the company’s adjusted EPS will continue to surge, climbing to $1.95 in Q4 FY 2021, the highest level in nearly four years.

Exxon’s revenue history is similar in recent years. The company’s posted eight quarters in a row of revenue declines from Q1 FY 2019 through Q4 FY 2020. The steepest declines by far occurred as the pandemic’s impact widened in 2020. The cumulative effect of several consecutive declining quarters was significant, pushing revenue in Q4 FY 2020 to less than two-thirds the level of Q4 FY 2018. Beginning in Q1 FY 2021, though, ExxonMobil’s revenue rebound has been significant. Revenue more than doubled YOY in Q2 and climbed by nearly 60% YOY in Q3. Now analysts expect another significant bump. Revenue is expected to nearly double in Q4 FY 2021 to $90.8 billion, by far the company’s highest quarterly revenue since at least Q2 FY 2018.