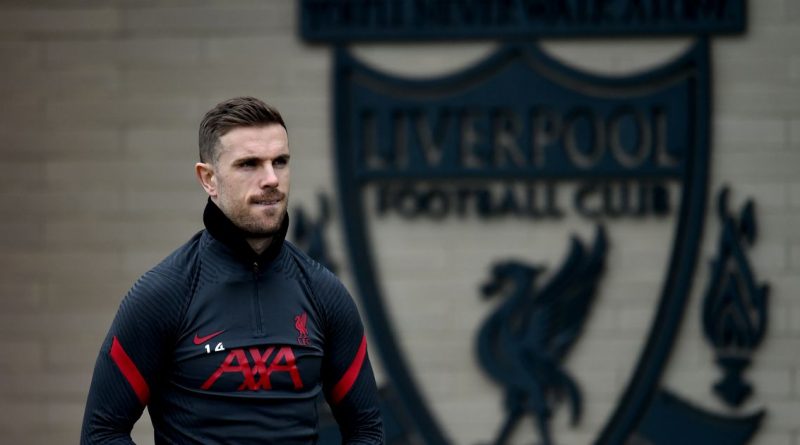 Talks at Anfield over a new contract for Henderson have reportedly stalled, with clubs monitoring the Liverpool captain’s situation with two years remaining on his current deal

A former Liverpool team-mate of Jordan Henderson has predicted he’d snub a transfer to a Premier League side.

The Reds captain’s contract talks have reportedly slowed at Anfield, with a potential transfer on the cards due to his deal expiring in two years.

Henderson was recently told he was “everything Tottenham Hotspur need” amid stalling negotiations.

Atletico Madrid and Paris Saint-Germain were tagged as interested, with the 30-year-old leading Liverpool to the Champions League and Premier League title in the last three years.

Having recovered from a three-month injury in time to appear in Jurgen Klopp’s squad for their final game of the season, Henderson’s absence showed how valuable he is to the Merseyside club.

Glen Johnson, who spent four years with Henderson at Liverpool between 2011 and 2015, believes the Sunderland academy graduate wouldn’t make a switch to a top-flight rival.

Speaking to Betting Odds, the former Anfield full-back said: “Knowing Hendo the way I do, he will be so loyal to Liverpool after all the success that they’ve had together, so I can’t really imagine him in another Premier League club’s shirt.

“He’s pretty much achieved all he can at Liverpool,” Johnson stated.

“Of course he’s still going to have the fire in his belly, but a move abroad could be potentially on the cards and I’m sure he will have plenty of options abroad if I’m being honest.”

The 36-year-old was then asked which club he’d prefer Henderson to join if he does leave, responding: “Probably PSG.

“It would be nice to see him play with that calibre of players,” alluding to the likes of Neymar and reported Reds target Kylian Mbappe.

“Obviously the league isn’t like anything he’s used to, but it would be great to see him play with players who’ve won a lot in the game.

“It would be nice to see him amongst that circle.”

Should Henderson leave Liverpool for pastures new? Comment your thoughts on the situation below.

Liverpool’s only signing this summer has come in the former of French centre-back Ibrahima Konate.

“They do need investment because every team around them is doing that and they’re going to be improving.

“By Liverpool’s standard, last season was disappointing but they would have bitten their arm off to get into the Champions League,” the former Portsmouth and Stoke man added.

“They need to get all their players back fit and then of course I expect them to compete, but next season will be so competitive as everyone around them is improving.

“They’re really going to have to bring their A-game if they’re going to win the league next season.”

Asked if he’d have wanted Liverpool to sign Raphael Varane – set to become a Manchester United player in the coming days – instead of Konate, Johnson admitted: “Yes.

“Mainly because I haven’t seen Konaté play too much to be honest and don’t know too much about him.

“But if Konaté is as good or better than Varane I’d be surprised.”

Reds supporters will certainly hope so, with their season kicking off at Norwich City on Saturday, August 14.