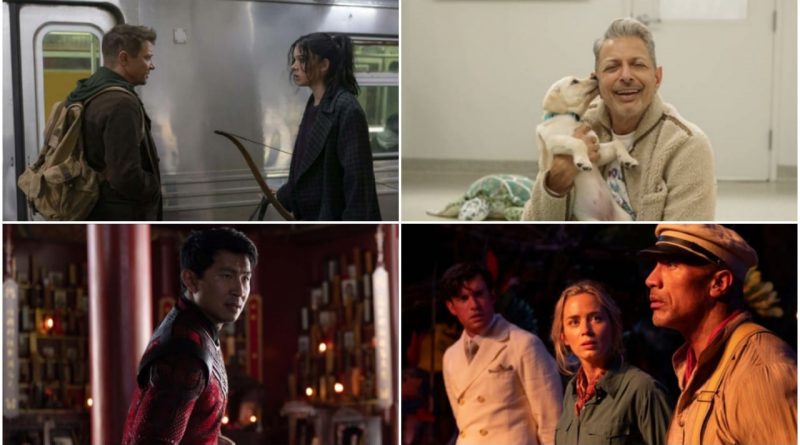 Disney Plus is adding plenty of films and TV shows in November 2021 including the latest from Marvel. (Disney)

Disney Plus has revealed the films and TV series joining the streaming service in November 2021.

This month Disney Plus will welcome the arrival of Marvel’s Hawkeye and Shang-Chi and the Legend of the Ten Rings as well as the return of Jeff Goldbum’s series.

All of the new additions will be available to stream as part of a Disney Plus subscription, which costs £7.99 per month or £79.90 per year.

First up is the premiere of the much-anticipated Hawkeye, which premieres on 24 November with the release of two episodes.

The series stars Jeremy Renner as the title character and Hailee Steinfeld as his protégée, while Vera Farmiga and Florence Pugh are also set to star, with the latter reprising her role as Yelena from Black Widow.

The plot reads: “While in New York City post-Blip, Clint Barton must work together with the young archer Kate Bishop to confront enemies from his past as Ronin in order to get back to his family in time for Christmas.”

It follows up recent Marvel series, WandaVision, Loki, The Falcon and the Winter Soldier and What If…?, marking the first phrase in the franchise to feature television shows.

A number of new films will be available to all Disney+ subscribers for the first time, after previously being available with premium access.

Another is Shang-Chi and the Legend of the Ten Rings, the latest blockbuster from Marvel Studios.

It stars Simu Liu as the title character, who must face the past he thought he left behind and confront his father, the leader of the dangerous Ten Rings organisation.

Plus this month also sees the arrival of Home Sweet Home Alone, described as a “reimagining of the iconic holiday franchise”, but the trailer received a somewhat mixed reaction on social media.

A popular series making its return for a second outing in November, is The World According to Jeff Goldblum.

The 10-part series will follow the actor as he ‘explores the world’ to delve deeper into certain topics including, magic, fireworks, monsters and dogs.

Other classic films joining the streaming service throughout the month include the Oscar-winning Black Swan, disaster film The Day After Tomorrow, 2019’s Terminator: Dark Fate and festive treat The Family Stone.

Here’s the full list of everything dropping on Disney+ in the UK this November: