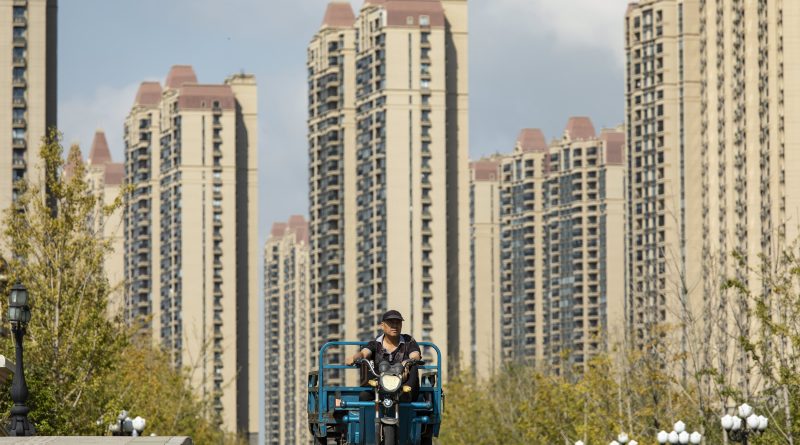 Chinese property developer Evergrande has not said whether it will fulfil its interest payments to investors on its U.S.-dollar bond – a key milestone investors have been keeping their eyes on.

The interest payment due Thursday amounted to $83 million. It was for a $2 billion dollar-denominated bond that’s due to mature in March 2022. Dollar bonds are typically held by foreign investors.

As of Friday morning during Asia hours, the company had not made any announcement, or any filing to the Hong Kong exchange, leaving investors in limbo.

Yields on this bond have skyrocketed to more than 560%, from just over 10% earlier this year, according to Refinitiv Eikon. Bond yields and prices move in opposite directions.

Even if no payment is made on Thursday, the company will not technically default unless it fails to make that payment within 30 days.

The indebted real estate firm has another coupon payment due next Wednesday – a 7-year U.S. dollar-denominated bond maturing in March 2024, according to Refinitiv Eikon data.

For the rest of the year, Evergrande has interest payments due each month in October, November and December.

The troubles of Evergrande, the world’s most indebted developer with liabilities of $300 billion, have escalated in recent weeks and roiled global markets. The firm is China’s second-largest developer by sales, and has a huge presence in the country, dabbling in a wide range of industries.

Evergrande has warned it may default on its debt. Investors are watching the developments closely, amid fears of contagion that could spread to other markets.

Analysts had largely expected the beleaguered property giant to miss its coupon payment on Thursday. S&P Global said earlier this week a default was “likely.”

Market sentiment was somewhat soothed when Evergrande assured investors on Wednesday that it would fulfil its interest payment on a mainland-traded, yuan-denominated bond also due Thursday.

Evergrande’s chairman also told company executives in a late-night meeting on Wednesday to ensure properties were delivered to home owners, and to help retail investors redeem their wealth management products, according to Reuters.

But analysts have said the firm may prioritize domestic investors, who are the main holders of onshore bonds – over foreign investors, who mostly hold the offshore debt.

The government would be keen to quell social unrest, after protests by angry homebuyers and investors broke out in recent weeks in some cities.

Last week, around 100 investors turned up at Evergrande’s headquarters in Shenzhen, demanding repayment of loans on overdue financial products, according to Reuters.