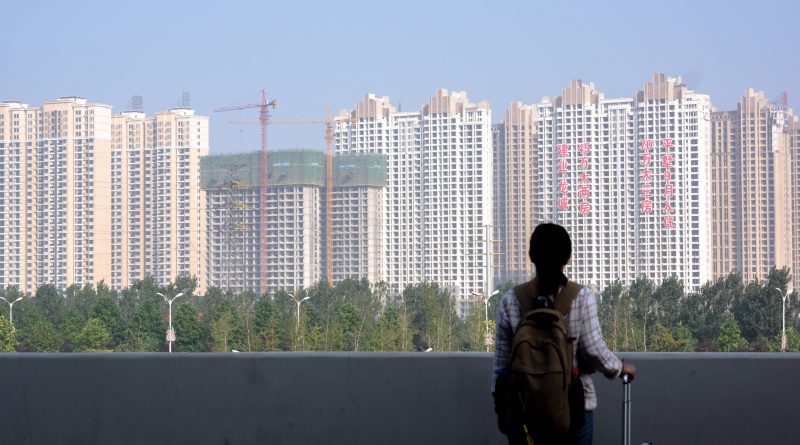 China’s real estate sector has to be “substantially smaller” to keep the overall economy healthy and stable, said a top expert on the Chinese housing market.

“We have too big of a risk in the sector. We built too much housing, so the stabilization first has to come [from] trimming the sector,” Li Gan, an economics professor at Texas A&M University, told CNBC’s “Street Signs Asia” on Wednesday.

Gan estimated that about 20% of China’s housing stock is vacant as buyers rack up second and third properties as investments. Even then, developers continue to build millions of new units each year, he said.

Chinese property developers have grown rapidly following years of excessive borrowing. Troubles in the sector came to the forefront in the last few months as Evergrande and other developers missed bond repayments and face the threat of defaulting.

Using real estate sector to pump up GDP growth is not … a sustainable path for China.

Authorities in China have ramped up efforts to rein in excesses in the property sector and curb speculation among homebuyers. Measures include limiting rampant borrowing among developers and tightening rules for mortgage lending.

There are signs that demand for housing has cooled in China, said Gan, who is also director of the Survey and Research Center for China Household Finance at Southwestern University of Finance and Economics in the Chinese city of Chengdu.

“Some of the real estate companies, I would say, will have to get out of the sector in order for the country and the sector to be healthy. So Evergrande’s problem is just the beginning, many companies would have to exit from the sector because the demand is no longer there,” said Gan.

Evergrande has about $300 billion in liabilities. Worries about the company’s ability to repay its debt spooked global investors who were concerned about a potential spillover into the rest of China’s real estate industry and economy.

Li Daokui, a former advisor to the People’s Bank of China, told CNBC last month that Evergrande will likely be “dissolved” into four main groups.

China’s new home prices stalled for the first time since February 2020, according to Reuters calculations of latest official data.

Gan said lower home prices would allow consumers to spend on other things, which would be healthier for the overall economy. He added that consumption is a major driver needed to pick up the slack in the Chinese economy.

Overall, the contribution of real estate and related industries to China’s gross domestic product could fall from roughly 30% currently to around 15%, predicted Gan.

He added that the Chinese government would be able to engineer a gradual slowdown in the real estate sector to avoid a hard landing in the economy.

“Using real estate sector to pump up GDP growth is not … a sustainable path for China,” the professor said.

A slowing real estate sector has hit China’s economic growth. The world’s second largest economy on Monday reported a disappointing 4.9% expansion in third-quarter GDP compared with a year ago.

— CNBC’s Evelyn Cheng and Weizhen Tan contributed to this report.