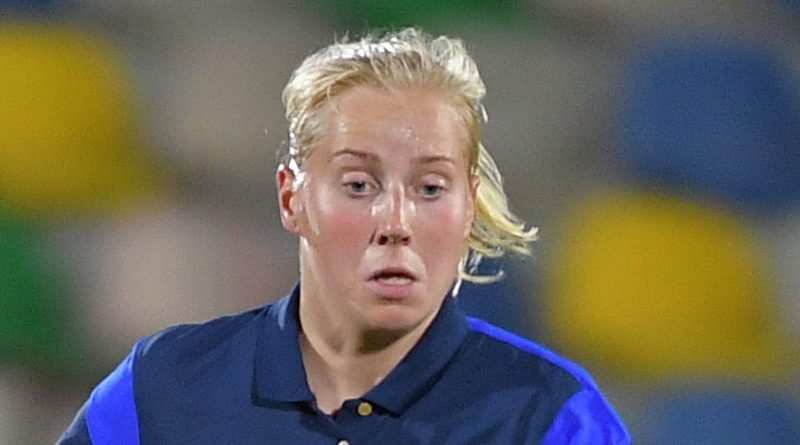 Summanen has signed a contract until 2023 in north London, where she will be linking up with national team-mate Tinja-Riikka Korpela. The deal also includes an option to extend by a further 12 months.

She has spent the last two years at Swedish side Kristianstads DFF, making 43 starts and scoring five goals in that time.

Spurs, who are third in the Women’s Super League and five points adrift of leaders Arsenal, will be boosted by the arrival of an experienced international, with Summanen boasting 34 caps for Finland since her debut in 2017.

The 23-year-old says “it’s a dream to sign for Tottenham” and feels it is the right moment to take this next step in her career.

Eveliina said: “I’m very proud to be a Spurs player. The Club has big ambitions and I’m incredibly happy to be a part of the next stage of the journey here.

“I felt that now is the right time to take the next step in my career and play in one of the top leagues in the world. I can’t wait to get started.”

Head coach Rehanne Skinner added: “I am delighted to have Eveliina join us in the January window.

“She has an extremely valuable amount of experience despite her age and has played a key role at both club and international level helping Finland to successfully qualify for the UEFA Women’s Euros 2022.

“Eveliina will adapt well to life in the WSL – she brings a fantastic work ethic and strong technical capabilities. We are looking forward to what the future will bring for her here at Spurs.”