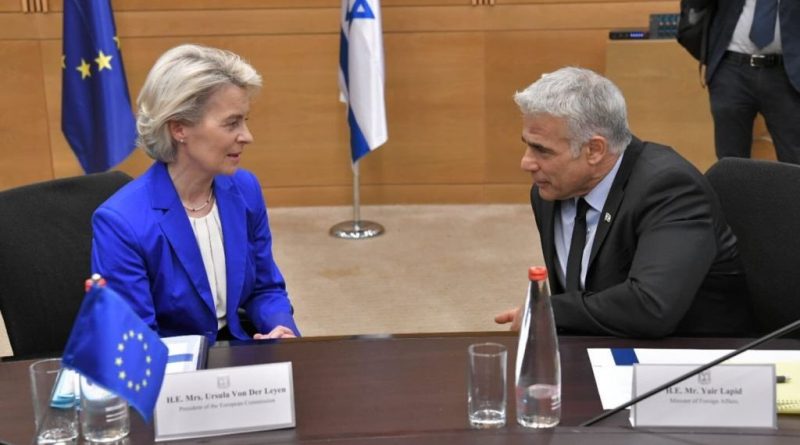 The European Union continues to explore two “major” energy projects with Israel, EC President Ursula von der Leyen said. One is a power cable connecting Israel with Cyprus and Greece. The other is a pipeline for natural gas and hydrogen in the eastern Mediterranean.

“The Kremlin’s behavior only strengthens our resolve to break free of our dependence on Russian fossil fuels,” Von der Leyen said in a speech in southern Israel. “We are now exploring ways to step up our energy cooperation with Israel.”

Draghi echoed those sentiments after a meeting with Israeli Prime Minister Naftali Bennett.

“We want to reduce our dependency on Russia’s gas and accelerate energy transition to the climate goals we have set,” Draghi said.

The EU has reached out to multiple gas producers following Russia’s invasion of Ukraine in a bid to secure alternative supplies. Since the EU imported about 40% of its gas from Russia last year, it may need to tap numerous sources of the fuel—as well as raise renewables output—to meet demand.

The EU has been in talks with Israel in recent months about it sending gas to Europe via Egypt, which has liquefied natural gas export terminals.

“Europe needs energy and Israel has natural gas in our economic waters,” Bennett said, alongside Draghi. “This is good news for Israel, Italy and Europe.”