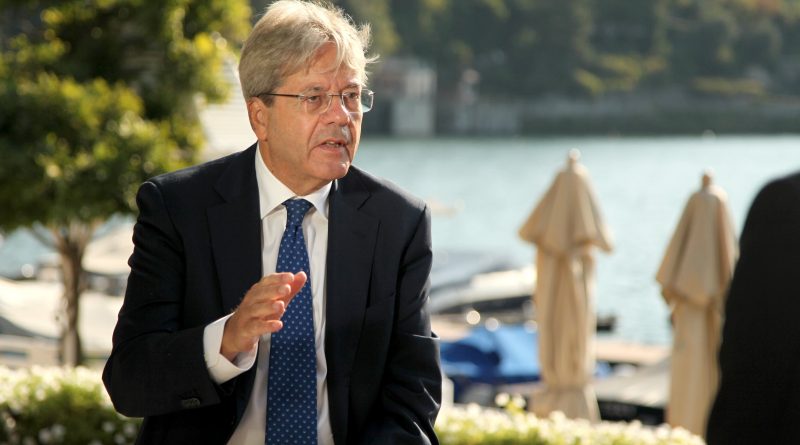 Paolo Gentiloni, European commissioner for the economy, speaking at Forum The European House – Ambrosetti in September, 2020.

Paolo Gentiloni, the EU’s commissioner for economics and taxation, has spoken to CNBC about a need for the bloc to develop on the geopolitical stage as the U.S. and other Western allies take a step back.

“We are an economic superpower but we cannot be completely absent in the geopolitical role,” he told CNBC’s Steve Sedgwick at the European House Ambrosetti Forum on Saturday.

Gentiloni namechecked what he called a “terrible” conclusion to the war in Afghanistan in recent weeks as one example of the U.S and others reducing their commitments on the global stage. His comments add weight to the argument that the EU should develop a common defense policy, which many see as a forerunner to an EU army.

“No, I think we can coexist very well,” Gentiloni said when asked whether this would be a threat to NATO, whose members include some EU nations.

“NATO was born and shaped mainly to deter Russia’s presence in Europe, these roles remains absolutely crucial. And I am personally also a strong supporter of NATO,” he said.

“What I’m saying is that if the European Union role is growing, if we will have a good economic recovery, if we are trying to be on the lead on the climate transition, and many other aspects of our ambition, we cannot be completely irrelevant and silent on these geopolitical dynamics.”

When asked about Chinese antagonism and whether the EU would look to face down the superpower as one bloc in the future, Gentiloni said that this would ultimately benefit the U.S.

“There is an economic cooperation [with China], trade cooperation, but we are different systems. It is inevitable that the model of a different capitalism, capitalism that is not connected with democracy with liberty, is an alternative to the European model,” he said.

“And so forcefully we will be partners with U.S. in this kind of confrontation, but also in the U.S. interest if this European partner is also geopolitically stronger and [has] more influence. This I think it’s quite useful. We always describe Europe as a quiet superpower, Venus and Mars. OK, time is now to give also Venus some geopolitical power.”

Speaking at the same event, France’s Finance Minister Bruno Le Maire agreed that this development of a common defense policy could constitute a new position for Europe.

“There is a need for a new geopolitical approach for Europe,” he said, adding that it now needs to become a third geopolitical superpower alongside between China and the United States.