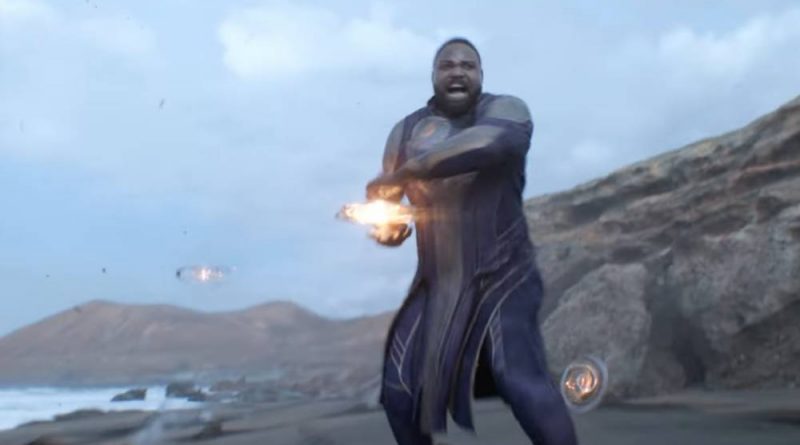 Eternals’ director Chloé Zhao has confirmed she has d to Marvel about not censoring LGBT+ content in the upcoming film for internal audiences.

Zhao told IndieWire that introducing Phastos, the Marvel Cinematic Universe’s (MCU) first openly gay superhero, was “written into the story” long before she joined as director.

Phastos appears in the film with his husband and their son, and Zhao said it was important that their family and their story felt “authentic and real” because the “audience has to feel that to care”.

“Otherwise, there’s no point in putting that onscreen,” she told IndieWire.

As such, Zhao said she was hopeful Marvel wouldn’t cave to pressure to censor Eternals’ queer content when it’s released to international markets.

“I don’t know all the details but I do believe discussions were had and there’s a big desire from Marvel and myself — we talked about this — to not change the cut of the movie,” Zhao said. “Fingers crossed.”

The so-called “gay propaganda law”, signed into law by Vladimir Putin in 2013, bans the “promotion” of “non-traditional sexual relationships”. Anyone found guilty under the law can be sentenced to heavy fines or up to 15 years in prison.

In 2019, scenes featuring gay sex and drug use were deleted from the Russian version of Elton John’s biopic Rocketman. Amnesty International’s Russia office director Natalia Zviagina declared at the time that censoring the “affection between two human beings of the same sex” in the film “insults and dehumanises same-sex relationships”.

“This homophobic censorship of a film about Elton John is as ridiculous as it is insulting for LGBTI people and anyone in the country who stands for dignity and non-discrimination,” she said.

Last year, Russian distributors censored Onward’s queer character, which was the first LGBT+ character in a movie by Disney and Pixar. The film introduced a cyclops cop named Specter, voiced by Lena Waithe, who is a lesbian. She casually mentions in the film that she has a girlfriend in a brief conversation with the film’s protagonists.

However, Russian audiences heard the character admit she had a “partner” instead of a girlfriend, erasing Specter’s sexuality in the film.

Last month, the Kenya Film Classification Board banned the gay documentary I Am Samuel because it said the film’s themes “expose vulnerable groups, including children, to unsuitable content”. The documentary depicts a gay Kenyan’s struggle for acceptance and his relationship with another man.

The board claimed the film was “unacceptable as well as demeaning to Christianity” and that it contradicted Kenyan values and the country’s constitution.

Zhao said that Phastos’ story is central to Eternals‘ plot as he’s “someone who only sees humanity as a whole and believes that technology’s going to solve the problem”.

“Obviously, he lost faith in us for some very tough things that we’ve done,” Zhao added. “And then he had to stop looking at us as a whole and look at one person he falls in love with, and one child, to regain the face of humanity.”

Eternals opens in theatres on 5 November.