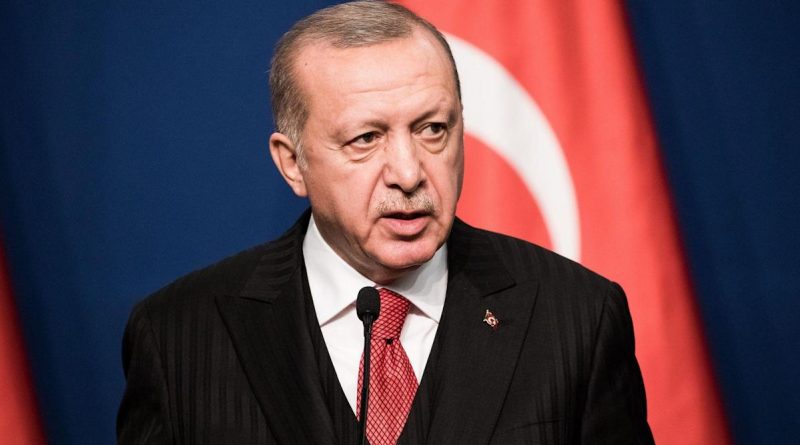 
(Bloomberg) — President Recep Tayyip Erdogan’s government announced extraordinary measures to bolster the Turkish lira, including the introduction of a new program that will protect savings from fluctuations in the local currency.

The government will make up for losses incurred by holders of lira deposits should the lira’s declines against hard currencies exceed interest rates promised by banks, Erdogan said after chairing a cabinet meeting in Ankara.

“From now on, none of our citizens will need to switch their deposits from the Turkish lira to foreign currencies because of their concerns that the exchange rate” fluctuations might wipe out gains from interest payments, Erdogan said.

The measures are intended to mitigate retail investors’ demand for dollars and bring to an end three months of turmoil for the nation’s currency. The lira has lost more than half of its value against the U.S. dollar since September, with declines gaining pace after Erdogan last month unveiled an economic model that relies on lower borrowing costs and a cheaper currency.

But his announcements show the subsequent chaos in Turkish markets has been sobering for policy makers, who are now introducing new measures to shore up some of the lost confidence in the lira.

Below is a summary of other steps announced by Erdogan on Monday:

In the eyes of the president, Turkey can free itself from a reliance on foreign capital flows by abandoning old policies that prioritized higher interest rates and strong inflows. At the heart of his ideas is a belief that lower interest rates will also curb consumer price growth — the exact opposite of the consensus view among the world’s central bankers.

He has put that idea to the test since September when the central bank began cutting interest rates in the face of soaring consumer prices. The ensuing monetary stance eventually left the lira unanchored, with the currency sinking to fresh record lows almost every day.

The currency’s collapse fed into consumer prices almost overnight, resulting in rampant inflation that supermarket employees were barely able to keep up with changing labels. Working class Turks and pensioners began forming long lines in front of municipality stalls to get subsidized bread in recent weeks while the country’s top business associations started publicly attacking the government for destabilizing the economy.