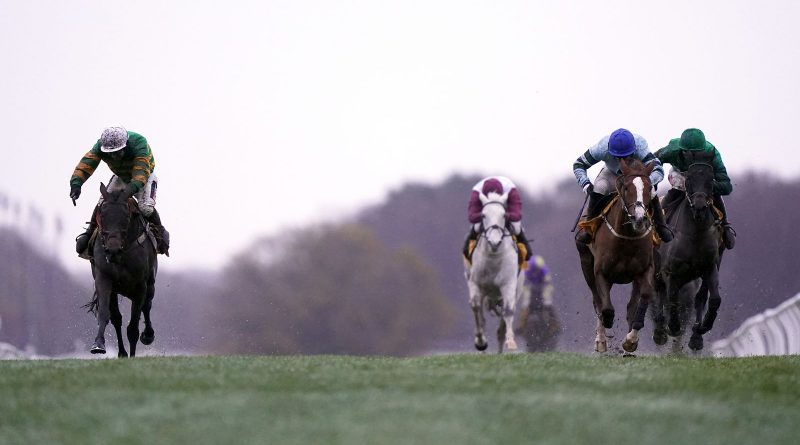 Nicky Henderson’s mare was a brilliant winner of the Grade One contest in 2019 on her way to winning the Champion Hurdle three months later.

However, last season the seven-year-old was beaten by Silver Streak at prohibitive odds at Kempton and again had to make do with minor honours when finishing third at Cheltenham.

Epatante got back on the winning trail when dead-heating with Hughie Morrison’s Not So Sleepy in the Fighting Fifth at Newcastle late last month though and the pair look set to renew rivalry this weekend.

Alan King has given Tritonic the option of turning out quickly following his victory in Saturday’s Betfair Exchange Trophy at Ascot.

There are also six contenders for the preceding Kauto Star Novices’ Chase, which could stage a fascinating clash between Ahoy Senor and Bravemansgame.

Lucinda Russell’s Grade One-winning hurdler Ahoy Senor was a brilliant winner on his latest appearance at Newbury, while the Paul Nicholls-trained Bravemansgame is two from two over the larger obstacles.

Nicholls has also entered Threeunderthrufive, who has won his last three starts at Exeter, Cheltenham and Doncaster respectively.

Alex Hales could test the water over three miles with Millers Bank, who impressed on his chasing debut at Huntingdon and looked set to follow up at Newbury before unseating his rider two from home.

Kiltealy Briggs (Jamie Snowden) and Tea Clipper (Lacey) both have a bit to find on ratings.