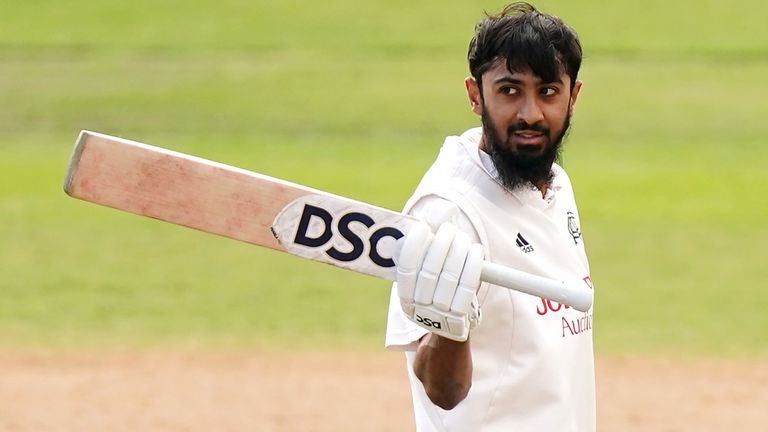 
England Lions have named teenager Rehan Ahmed in their 15-man squad for a training camp to the UAE in November, while Jofra Archer and Saqib Mahmood will join the travelling party to step up their recovery from injury.

The squad will be in the UAE from November 6-27, while England men’s Test side will travel to Abu Dhabi on November 18 ahead of a three-day practice match between the two sides from November 23-25.

Ahmed, 18, has long been touted for international honours and ended the county season with a maiden five-for and a maiden century in the same match for Leicestershire against Derbyshire. He netted with England’s limited-overs side at Emirates Old Trafford earlier this summer, where he was treated to a one-on-one training session with Adil Rashid.

Haseeb Hameed, Dan Lawrence, Matthew Potts and Matthew Fisher, all of whom have played Test cricket in 2022, are the highest profile names in the Lions squad.

Durham quick Potts was considered unlucky not to make the full Test squad after a highly-impressive start to his England career – taking 20 wickets in five appearances – while fellow seamer Fisher, who made his Test debut in Barbados in March, also has plenty to play for after missing the majority of the county season for Yorkshire with a stress fracture of the back.

Hameed and Lawrence take their places among the batters, the former having been cut loose after a chastening Ashes last winter and the latter not seen since Brendon McCullum and Stokes took charge of the red-ball team.

Somerset captain Tom Abell and Lancashire batter Josh Bohannon are two of the more established domestic performers in the uncapped Lions list, while Essex seamer Sam Cook is rewarded for his consistent quality across the formats.

Jack Carson and Liam Patterson-White are included as spinners, which looks to be bad news for Dom Bess and Matt Parkinson, whose stock appears to have fallen. Sam Conners, Tom Haines, Jack Haynes, Lyndon James and Jamie Smith complete the group.

Archer steps up return to fitness

Archer, who retained his central contract despite not having played for England since March 2021, is one of three pace bowlers joining the group for the trip as he edges closer to a competitive return.

The 27-year-old, who has struggled with serious elbow and back injuries, features alongside Mahmood – out since April with a back stress fracture – and Durham’s Brydon Carse.

The Lions will also be joined by five members of the Test squad who are not involved in the T20 World Cup. James Anderson and Jamie Overturn will be involved from November 6-19, while Ollie Robinson, Jack Leach and Will Jacks will join from November 11.

ECB Performance Director Mo Bobat said: “It’s great to be able to recommence Lions developmental experiences and the camp in Dubai and Abu Dhabi represents a fantastic opportunity for a high potential group of players.

“While we aim to ensure that Lions opportunities are closely aligned to England’s future needs, we also try to be as individualised as possible with our player programming. Selection for the camp was conducted in close collaboration with both players and counties, and there are a number of players that have been encouraged and supported to take up other opportunities at home and overseas.

“The camp also supports the England Men’s team in their preparation for Pakistan, allowing England and Lions players to work closely together in overseas conditions.”