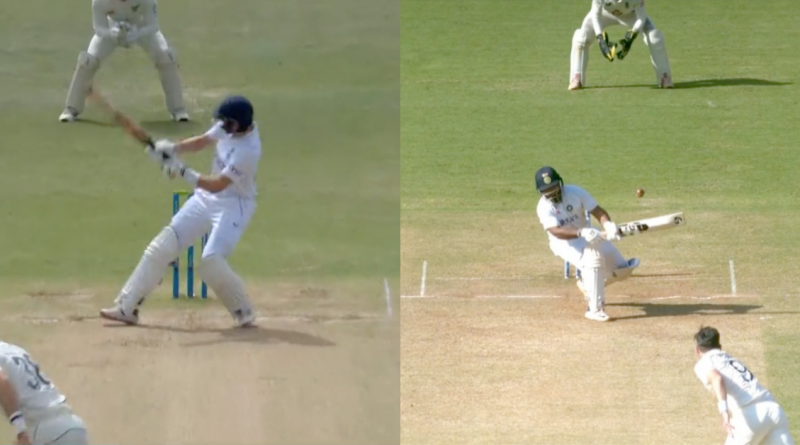 
On Monday, June 13, Joe Root produced one of the most daring shots ever seen against a fast bowler. In recent weeks, the 31-year-old has been seeing the ball as if it were a football, and he hasn’t shied away from playing his strokes. Root carted Tim Southee for a six in England’s first innings of the second Test against New Zealand at Trent Bridge in Nottingham.

When Root hit that incredible reverse scoop for a six, he was batting on 164. Root reverse-scooped Southee over the third man boundary after he bowled a good-length delivery outside the off-stump. Southee and the Black Caps fielders were shocked as the batter timed the ball perfectly.

Joe Root Is In Incredible Form

The shot was eerily similar to one Rishabh Pant played against James Anderson and Jofra Archer during England’s March 2021 tour of India.

A quiet start to the morning in Nottingham…

Root went on to smash 145 runs off 239 balls, including 13 fours and three sixes, to help England reduce their first-inning lead to 14. Root, 31, also passed Sunil Gavaskar of India and Younis Khan of Pakistan to become the 12th highest run-scorer in the pure format.

Root struck a century and became the 14th batter to reach 10,000 runs in Test cricket during the first Test at Lord’s Cricket Ground. England beat New Zealand by five wickets at the Home of Cricket thanks to his innings.

After Sir Alastair Cook, who announced his retirement in September 2018, Root has 27 Test tonnes and is England’s second-highest Test run-scorer. Root also stepped down as Test captain earlier this year after losing to Australia and the West Indies.

Looking at Root’s current form several pundits have predicted that Root might surpass Sachin Tendulkar as the leading run-scorer in Test cricket. Root is still behind by a lot though.

Also Read: ENG vs NZ: Watch – Joe Root Signs Autograph For A Young Fan In The Stands While Walking Back To Pavilion