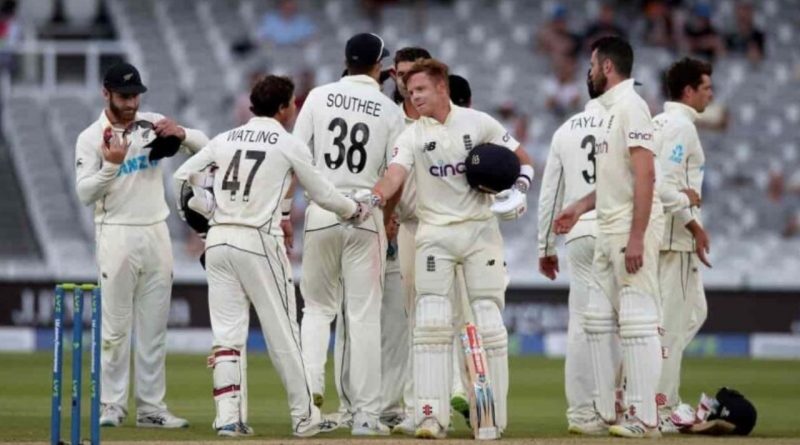 
ENG vs NZ Test Series 2022 Squads, Schedule, Venues, Live Streaming Details. England and New Zealand are set to face each other in a Test series. During the New Zealand tour of England 2022, both the teams will play a total of 3 Tests with each other. The ENG vs NZ series commences with the 1st Test on June 2. The series will conclude with the 3rd and final Test, slated to begin on June 23.

The hosts England are led by their new Test skipper Ben Stokes. England has so far announced the squad for the 1st and 2nd Test only. The home side has named a 13-member squad for the ENG vs NZ Test series. Joe Root, Jonny Bairstow, James Anderson, and Stuart Broad are some of the key players of the England squad.

The visitors New Zealand are led by Kane Williamson. New Zealand has named a 16-member squad for ENG vs NZ Test series. Devon Conway, Daryl Mitchell, Tom Latham, Trent Boult, Ajaz Patel, and Kyle Jamieson are some of the crucial players of the Kiwi squad.

England team last played a Test series against West Indies in March this year. Out of three games, the first two matches ended in a draw. Later, West Indies crushed England in the 3rd Test by 10 wickets and won the series 1-0.

Due to the humiliating defeat, England also changed their Test skipper Joe Root and named Ben Stokes as the new skipper. New Zealand last played a Test series against South Africa at home. In the two-match series, New Zealand won the 1st Test while South Africa won the 2nd Test. The series ended in a 1-1 tie.

England is led by Ben Stokes in ENG vs NZ Test series. The team has named a 13-member squad for the first two games.

New Zealand is led by Kane Williamson in ENG vs NZ Test series. They have a 16-member squad for the away series against England.

ENG vs NZ Test Series 2022 Live Streaming Details- When And Where To Watch England vs New Zealand Live In Your Country?

In The United Kingdom

In the United Kingdom, the ENG vs NZ Test series 2022 will live telecast on Sky Sports Network. The live streaming of the matches will be available on the Sky Go app.

The live telecast of the England vs New Zealand Test matches will be available in New Zealand on Spark Sport Channels.

In Australia, FOZ Cricket and Kayo Sports Network will present the live telecast of the Test series between England and New Zealand.

In South Africa, SuperSport Cricket will present the live-action of the England vs New Zealand Test series 2022.

In USA and Canada

In the United States of America and Canada, Willow TV will present the live streaming of the England vs New Zealand Test series 2022.