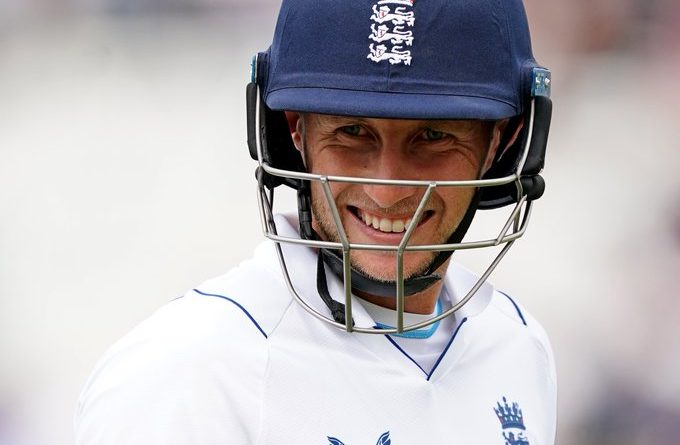 
England batter Joe Root is on the verge of shattering records one after another in Test cricket and playing in the form of his life. After relinquishing the Test captaincy role, Root has been able to focus more on his batting, when he was the captain his form wasn’t a matter of concern.

But now what you can see is the former England captain is delivering daddy hundreds to define a glorious career that has plenty of obstacles laid on the way. After inspiring England to a five-wicket victory at the Lord’s with an unbeaten 115, Root hit 176 against New Zealand in the first-innings of the second Test at Trent Bridge in Nottingham.

Joe Root’s ton puts England back in the second Test

Root stitched a couple of 100-plus partnerships on the way to score his 27th Test ton. He joined fellow centurion Ollie Pope (145) and put 187 runs between them for the third-wicket before the latter’s departure.

He was later involved in a 111-run stand with wicketkeeper Ben Foakes (56) to bridge the gap in New Zealand’s first-innings total of 553. Root smashed 26 fours and a reverse ramp shot for a six off Tim Southee during his stay on the pitch.

However, the Yorkshire batter missed on his sixth double-ton while driving Trent Boult’s slower one through the covers only for Southee, positioned in that region, to grab the catch to end Root’s sublime knock.

In the course of his outstanding innings, Root leapfrogged India’s Sunil Gavaskar (10122) and Pakistan’s Younis Khan (10099) in the highest run-getters list in Test cricket of all time and moved to the 12th spot. Root has now amassed 10191 runs in 119 Tests at 50.20 with 53 fifties and 27 centuries.

In the first Test at Lord’s, Root became the 14th player, and second Englishman, to achieve 10000 Test runs in red-ball cricket and became the quickest player to reach the milestone since making his debut. Root took nine years and 171 days to complete 10000 Test runs since his first appearance for England in the whites in 2012.