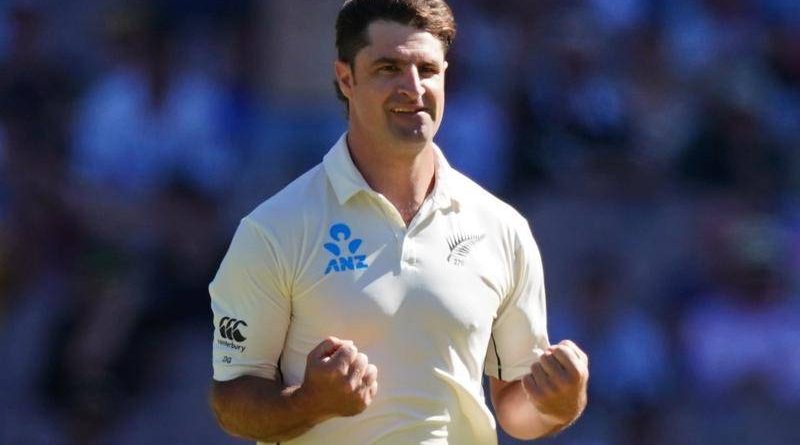 
Colin de Grandhomme will have to wait to learn the full extent of a right heel injury that caused him to leave the first Test at Lord’s during the afternoon session on day three.

After five completed deliveries in the 31st over of England’s chase, the New Zealand all-rounder paused in his delivery stride.

He reluctantly left the field after chatting with Kiwi captain Kane Williamson and did not return after the tea break.

De Grandhomme had suffered a suspected strain to his right heel, had been sent for a scan, and would not play for the rest of the day, according to a statement from the World Test Championship holders.

Colin de Grandhomme Has Had A Horrible Day On The Field

It put an end to a bad day for the 35-year-old, who had been dismissed for a golden duck after being run out by Ollie Pope during New Zealand’s early collapse in the second innings.

England had got their first breakthrough of the day with Daryl Mitchell’s wicket. On the very next ball, there was a loud call for lbw, and de Grandhomme was too concerned with other things to notice the ball. As soon as the ball bounced off his thigh pad and he took a few steps down the track, Blundell sent him back. Ollie Pope was vigilant at gully, as he hit the stumps directly and caught CDG well short of his crease. CDG was hit high in the pads by a nip-backer, which slid towards the slip cordon where Pope used his presence of mind.

Just before leaving the field, he was also denied the prized scalp of Ben Stokes after he was deemed to have overstepped when bowling the skipper as the tourists sought England wickets.