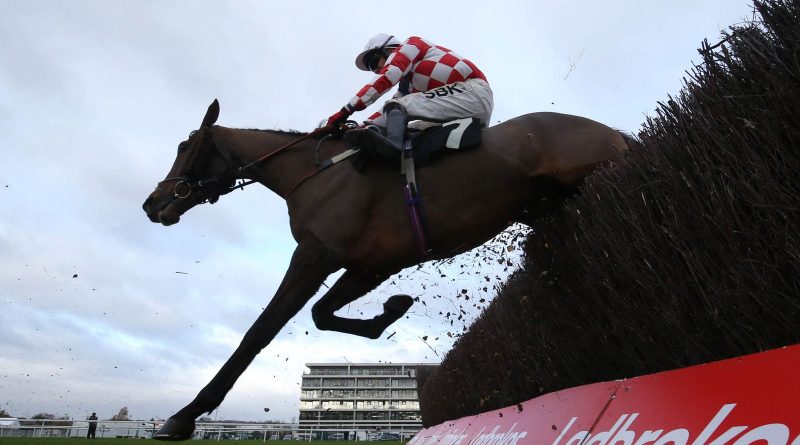 It is not often a trainer is satisfied with revised handicap marks, but Emma Lavelle insists she is “happy” Killer Clown has been given a fighting chance after his wide-margin win at Wincanton on Saturday.

The eight-year-old gained the second chasing success of his career when landing a Class 2 handicap by nine and a half lengths under Tom Bellamy.

The Tim Syder-owned gelding is now up to a revised mark of 142, although any thoughts of a trip to the Cheltenham Festival are on the back burner for now.

Lavelle said: “Killer Clown went up 7lb which is fair enough and he seems to have come out of the race well, so that’s great.

“If he was very bright, we might look at Ascot (bet365 Handicap Chase on Saturday week), but at this stage I’m happy with where we are rating-wise and we will make some decisions in the next week.

“There is no point going to the well too often at this time of year.”

Although Killer Clown has taken time to blossom, the Ogbourne Maizey handler has always thought a lot of him and the key to his improved form has been the addition of a tongue tie.

Lavelle added: “He is a smasher, he really is. He has run well, but had not gone on as much as we had hoped and I think the tongue tie has made a big difference to him, because he definitely saw his race out well.

“He didn’t have to do too much on Saturday, but he did gallop out to the line and certainly on his work at home, it seems to have made difference to him.”

However, long-term targets may not include a trip to Prestbury Park.

“There are some nice two-and-a-half-mile handicaps in the spring, with some nice prizes to go with it. I don’t know that Cheltenham would be the right sort of place to go with him,” she added.

“As for Aintree, you are struggling on the Mildmay track for two-and-a-half-mile races with him and then you finish up looking at the Topham or something. I don’t know – we’ll see. There are options out there.”

Meanwhile, Lavelle is hoping the recent rain persists for former Stayers’ Hurdle winner Paisley Park, who is set to return to Cheltenham on Trials Day.

Having finished third in each of his three starts this season, Paisley Park is on course for an attempt to win the Grade Two Cleeve Hurdle for a third time, after victories in 2019 and 2020.

“Touch wood he is in great order and the Cleeve Hurdle is very much the plan,” confirmed Lavelle.

“He is on target for that and we are looking forward to it. Hopefully for him, anyway, the rain keeps coming, as that is what he needs – that proper test.”

Any plans to belatedly send the Andrew Gemmell-owned 10-year-old over fences were scuppered by a dry autumn and if all goes well, the Stayers’ Hurdle, which he won in 2019, is still the primary goal.

“I can’t say I’m that disappointed we are still over hurdles,” she added.

“I think that it was an option to go over fences and his run in the Long Walk Hurdle at Ascot was a good one on ground that really didn’t suit, and I’m really looking forward to seeing him run on proper soft ground and see where we are with him.”