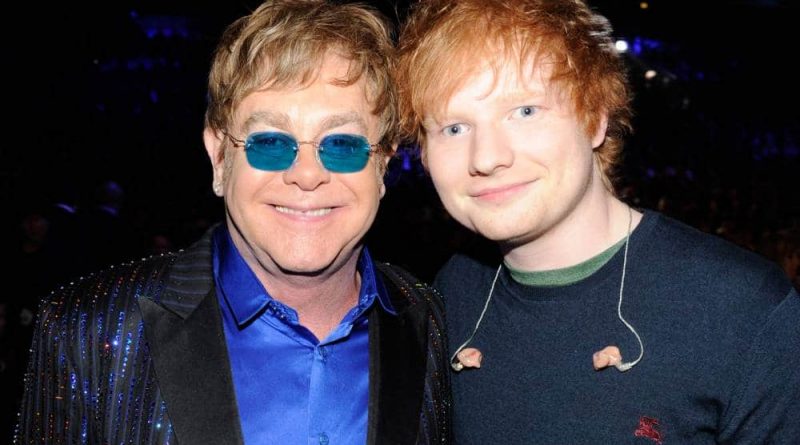 Legendary singer Elton John has taken a pop at his friend and collaborator Ed Sheeran after he blabbed to press about an upcoming duet.

Elton had hoped that the existence of the track – a Christmas single – would remain a secret to the public until it was ready to be heard, however it seems Sheeran had different ideas.

He spilled the beans on Dutch radio station NPO Radio 2, much to his collaborator’s chagrin. Now, speaking to NME, Elton has jokingly let rip.

“Yeah, he let the cat out of the bag didn’t he?” he said. “I was sworn to secrecy and then big mouth f**king Sheeran goes to the Netherlands! It’s supposed to come out – we haven’t finished it yet, so there’s still work to be done.”

Elton hinted that the track will appear on Sheeran’s upcoming album, saying: “I can’t say any more than that because it’s in his hands.”

Sheeran previously revealed that the collaboration came about after he received a phone call from Elton on Christmas Day 2020.

The track will be a likely contender for the coveted Christmas number one, which for the last three years has been taken by YouTube star LadBaby’s novelty single releases – matching a record held by The Beatles and Spice Girls.

No stranger to the top of the charts, Sheeran previously scored a Christmas number one in 2017 with “Perfect”, the last song to achieve the feat prior to LadBaby’s hat-trick.

The album’s lead single “Cold Heart”, a duet with Dua Lipa, helped John bag his first UK number one single since 2005’s “Ghetto Gospel: with Eminem. In taking the top spot with Lipa, John ended a 15 week run at number one for Sheeran with two consecutive chart toppers, “Bad Habits” and “Shivers”.