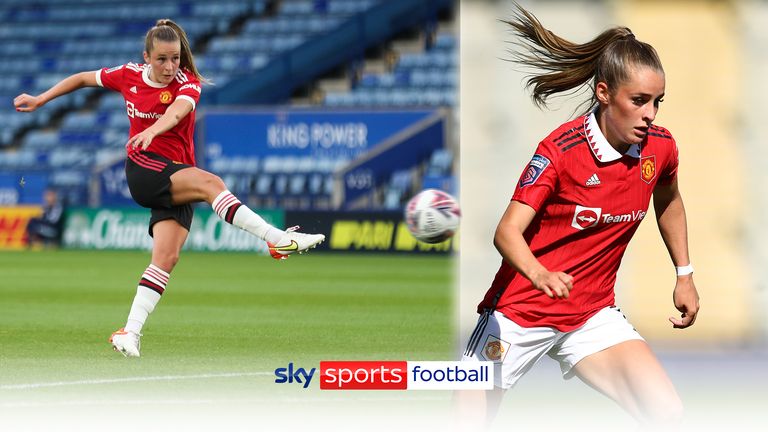 
Manchester United Women’s all-time leading goalscorer Ella Toone has signed a contract extension with the club until the end of the 2025/26 season.

The 23-year-old forward joined United in 2018 as part of their inaugural FA Women’s Championship winning side, and has gone on to score 43 goals and become the club’s first centurion with 110 appearances.

On the international stage, Toone was crowned European Champion with the Lionesses this summer, scoring the opening goal in the team’s 2-1 final victory over Germany at Wembley in front of 90,000 fans.

After extending her stay at United, Toone said: “I’m delighted to sign a new contract. The club’s ambitions really match mine and there’s nowhere better for me to learn.

“To play for my childhood club I support is really special and I’ll never get tired of pulling on the Red shirt. To now be able to do that for even longer is a proud moment for me and my family.”

Head coach Marc Skinner added: “Ella’s long-term commitment to Manchester United is yet more proof of the club’s continued investment in the future success of this team. Ella has always been and remains a key member of our squad on and off the field, and we are delighted she will continue to wear our famous colours with pride for years to come.”

Toone and her high-flying Man United side will take on leaders Arsenal in a mouth-watering clash live on Sky Sports on Saturday November 19th. Kick-off 5.30pm.