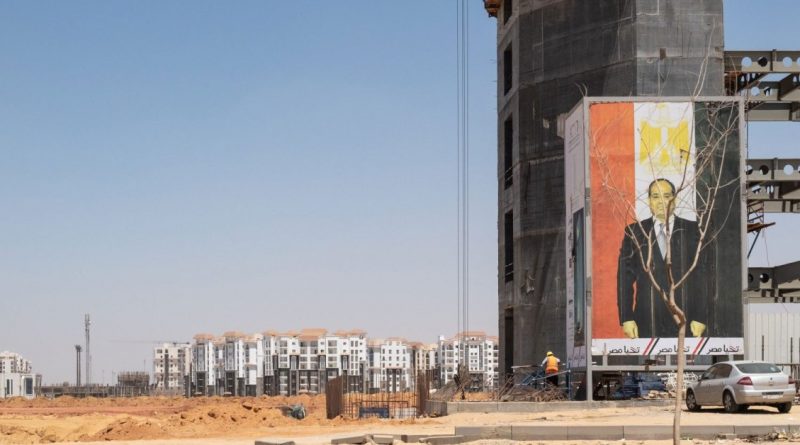 
Climate change has no regard for state borders. Nor does a nation’s wealth or power immunize it from the annual rise in temperatures exacerbating extreme flooding, droughts, and storms. This reality is bringing together nearly 200 nations for COP27, to be held in Egypt—a nation highly vulnerable to climate change but antagonistic toward an essential stakeholder in the climate conversation: independent civil society. Indeed, the Egyptian government has given summit access only to local nongovernmental organizations (NGOs) that support the regime.

With only 3.4% of its land arable and more than 30% of its population living in poverty, Egypt cannot afford contractions to its domestic food and water supply. Rising temperatures, water scarcity, and soil salinity are shrinking crop yields in the Nile Delta, which account for nearly all the nation’s domestic food supply, 11% of gross domestic product, and 21% of its labor force. Egypt has failed to fully address climate realities, and stymied Indigenous voices calling for more progressive approaches to the changing environment. COP27 should be an opportunity for Egypt to lead by example; instead, hosting the event seems to be political cover for its self-defeating repression of civil society.

Since coming to power in 2013, the regime of President Abdul Fattah al-Sisi has treated civil society as enemies of the state. NGOs that refuse to support government policies have had their assets frozen, leaders arrested, and activities surveilled by security forces. Some civil-society leaders have been kidnapped and tortured.

Environmental activists are among those targeted by the state’s crackdown on dissent. A recent report by Human Rights Watch found, for example, that when environmental groups opposed the government’s reintroduction of coal in cement factories, campaign supporters were summoned by the state security forces, harassed at airports, or threatened with terrorism-related charges. An Egyptian law passed in 2019 restricts NGOs from conducting opinion polls or field research without government approval.

In the rare case when approval is granted, the NGO can’t publish results without further government blessing. Nor can civil society cooperate with foreign organizations or receive foreign funding without prior government assent—rarely given. Further, the government can at any point declare illegal any activity that undermines “national security, public order, or public morals”—based on opaque, unilateral criteria.

Read more: ‘Dystopia on the Doorstep.’ Pakistan’s Climate Minister Warns the Global North Is Next

Civil-society organizations that fail to follow the law are subject to fines or dissolution. Their leaders are arrested and charged with trumped-up terrorism charges while their personal assets are frozen, all without due process. Moreover, the Egyptian government has blocked more than 500 websites and severely restricted access to information and reporting on human rights and environmental issues. Debates that implicate industrial pollution, as well as corporate interests in real estate, tourism development, and agribusiness that exacerbate the impacts of climate change, are politically off-limits. The consequence is an absence of climate activism and public awareness about the grave environmental challenges facing Egypt. Field research, data collection, and policy recommendations by independent experts are vetted by government security forces whose priority is preserving the regime—not saving Egypt from natural disasters.

The stakes of climate change are too high for this punitive approach to an engaged, independent civil society. Widespread hunger and water shortages are potent ingredients for civil unrest and revolution—the very thing the Egyptian government wants to prevent. COP27 should be a wake-up call for autocratic regimes across the world that the effects of climate change will end their rule long before any real or imagined political opposition.