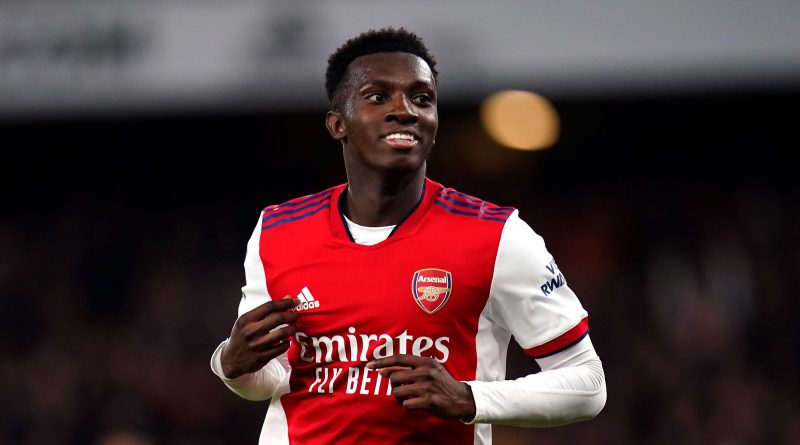 
Eddie Nketiah’s contract situation at Arsenal remains unchanged after he turned down the club’s latest offer of an extension.

It means the 22-year-old striker is, as it stands, set to leave the club either in January or in the summer after reiterating his desire for more first-team football.

He is free to sign a pre-contract agreement with a foreign club in January, and next month’s window would be Arsenal’s last chance to get a transfer fee for the player if he does not sign a new deal.

Nketiah has not started a Premier League game since April but has scored five goals in three appearances in the Carabao Cup this season – including a hat-trick in Tuesday’s 5-1 quarter-final win over Sunderland.

When asked about his future after the Sunderland game, Nketiah said: “I’m just eager to play football. I’m under contract and as long as I play for Arsenal I will give my all.”

Arsenal manager Mikel Arteta has spoken of his desire to see the former England U21 forward remain at the Emirates, but attempts to convince Nketiah to stay have so far been rebuffed.