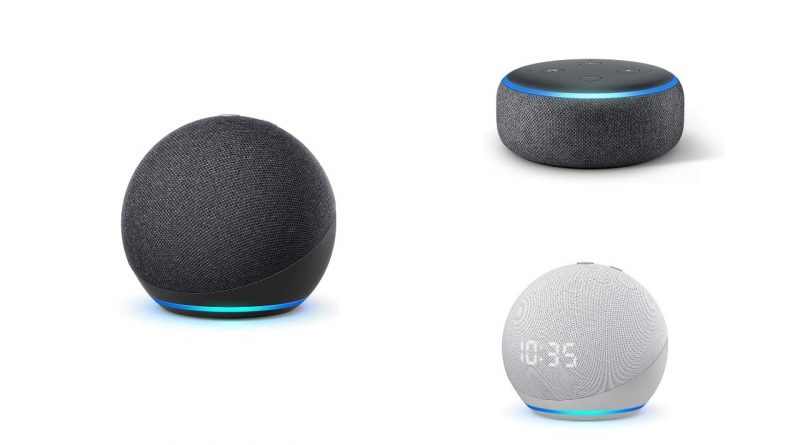 Amazon has dropped the price of its three Echo Dot devices in an early Black Friday deal.

Amazon has dropped the price of its Echo Dot smart speakers in an early Black Friday deal.

The retail giant has discounted its three Alexa devices by £15 each ahead of Black Friday, on 26 November.

It’s typically one of the most popular purchases during the Christmas shopping season.

Previously the Echo Dot has sold out on the day of deals due to demand and hasn’t been restocked until the following January.

So if you’ve got the Amazon device on your shopping list, or want to buy it for someone else, now might be the best time.

You can find out how much the three Echo Dots are, how to get them and more below.

What are the latest Echo Dot deals on Amazon?

All of the Echo Dot devices have been dropped in price by £15 for a ‘limited time’ only.

This could be a sign that they’ll drop even further on Black Friday or shoppers will need to stock up now before it’s too late.

You can also get free, next-day delivery on all three of the Echo Dot devices if you’re an Amazon Prime member.

This year’s Black Friday will take place on 26 November, with the likes of Amazon running week-long discounts on thousands of products.

You can also expect the likes of John Lewis, Argos, Currys PC World and more to take part, with deals on tech, gaming, homeware and more.

There’s already been a number of early deals popping up for customers to take advantage of before the Black Friday rush.

This includes the Nintendo Switch at the cheapest it’s ever been, and cheaper smartwatches as Apple releases its Watch Series 7 edition.

Plus you can read our guide to iPad deals, Apple Watch deals and how to access Amazon deals early.