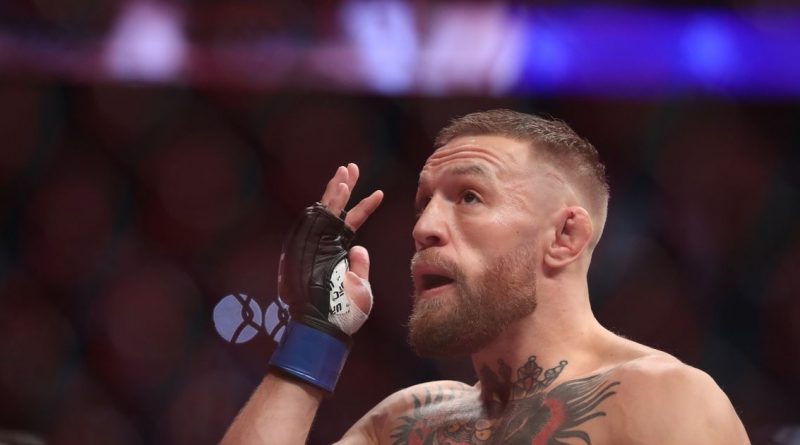 Colby Covington has called for Dustin Poirier to show ‘more respect’ to Conor McGregor and labelled his victory as a ‘fluke’.

‘The Diamond’ defeated the Irish star at UFC 264, with an opening round stoppage after his opponent could not continue after sustaining a broken leg injury with referee Herb Dean stepping in to end the fight.

And 33-year-old Covington has launched a scathing attack on Poirier labelling the American a ‘jobber’ and a ‘nobody’ after he set up a lightweight title showdown with Charles Oliveira.

That guy just made your career Dustin, you should show that guy some respect,” Covington told Submission Radio.

“He made you the biggest money you’ll ever make in your career, you’re a jobber, you’re a nobody.

“You know, I don’t count that as a win, it’s a fluke injury.

“He got the luckiest, you know, whatever you wanna call it in the history of the sport.”

McGregor has since claimed he has pre-existing fight injuries from his training camp that hindered him during the fight, including ‘stress fractures’ on his ankle, in addition to UFC president Dana White confirming that the Irishman has ‘chronic arthritis ‘ in both ankle joints.

But Poirier responded labelling the claims as ‘excuses’ with a sports doctor also raising doubts over the legitimacy of the claims revealing that he ‘couldn’t see any trauma or injury’.

And the UFC welterweight Covington continued his onslaught on Poirier explaining his thoughts on the lightweight leading contender’s reaction to the injury.

“Good, you got a nice, easy pay-check, and you’re walking and strutting in the guy’s face at his downfall, while he’s sitting there laying on the ground,” Covington continued.

“You know, I don’t count that as a win, it’s a fluke injury.

“No-one would care about you if it wasn’t for Conor and you are strutting in his face, so who’s the nice guy now?”

Covington is set to be in a fight of his own soon, as he looks to get revenge against Kamaru Usman in a rematch on a targeted date in November which is reportedly being targeted by UFC president Dana White.

McGregor’s post fight antics have faced lots of critics in recent months with Paul Felder calling for the Irishman to ‘ never set foot in UFC again’ in addition to the official line from the company vice-president that he could face disciplinary action as a result of his comments.

The Irishman has also come under great scrutiny after a tweet appeared to mock Khabib Nurmagomedov’s late father, with the Russian’s father also said to have invited the two-division champion to his house as a symbol of forgiveness before his death.

This joins a tirade of deleted tweets from McGregor, with most recently a series of tweets were posted disputing his most recent defeat in Las Vegas at UFC 264.