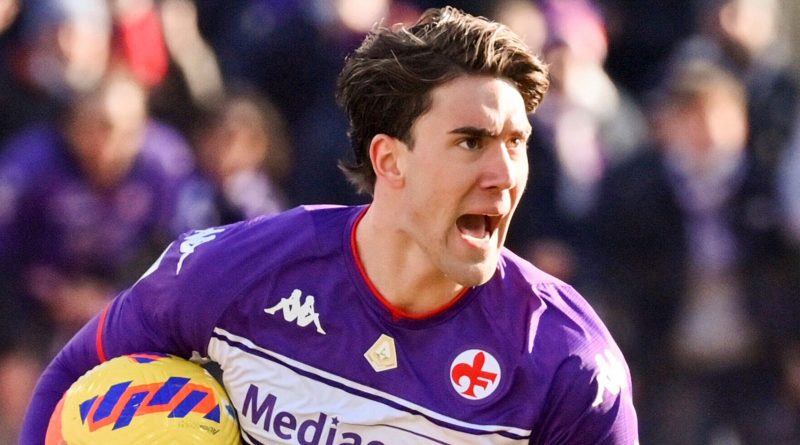 
Arsenal retain a strong interest in Dusan Vlahovic but will find it difficult to complete a deal this month due to the size of the transfer fee needed to sign the Fiorentina striker.

Arsenal manager Mikel Arteta has admitted there is a “cloud” hanging over Arsenal’s forward options, with former captain Pierre-Emerick Aubameyang dropped for disciplinary reasons and Alexandre Lacazette and Eddie Nketiah into the final six months of their contracts.

Arteta has said the Gunners are working hard on new arrivals and that they “are open” to making a big signing if it is financially viable.

Vlahovic came to prominence last season when he scored 21 goals in 40 appearances for Fiorentina, and has continued his impressive form with 18 goals in 22 games this campaign.

Vlahovic has just 18 months remaining on his Fiorentina contract, although he has not ruled out signing a new deal with the Serie A side.

Sources in Italy believe there is only a small chance of the 21-year-old moving this month, and that he is more likely to remain with Fiorentina – who are currently sixth in Serie A – and aid their push for European qualification.

Italian sources also say Vlahovic’s preference is to join a side competing in the Champions League. Arsenal have not qualified for the competition for the past four seasons, although they are currently fourth in the Premier League.

The Gunners’ pursuit of Vlahovic could be aided by their good relationship with Fiorentina. Arsenal midfielder Lucas Torreria is currently on loan at the Italian club, and including him as part of a deal for the Serbia international has not been ruled out.

Vlahovic joined Fiorentina from Partizan Belgrade in 2018. As well as making an impression in Italy, the striker also has seven goals in 14 games for Serbia.

Arsenal have agreed a deal to send striker Folarin Balogun on loan to Middlesbrough for the remainder of the season.

Balogun will undergo a medical on Tuesday ahead of a straight loan to Championship side Middlesbrough, who will pay a portion of his wages.

The 20-year-old striker has not featured in the Premier League since August but remains a part of Arsenal’s long-term plans and signed a new contract in April which ties him to the club until 2025.

Middlesbrough boss Chris Wilder tried to sign Balogun – who was born in New York – back in 2020 when he was in charge of Sheffield United.

Balogun was also receiving interest from Europe, with French Ligue 1 side Saint-Etienne one of those who were monitoring his situation.

Balogun is not cup-tied, so would be eligible to play against Manchester United in the FA Cup fourth round later in January.

Follow every Arsenal game in the Premier League this season with our live blogs on the Sky Sports website and app, and watch match highlights for free shortly after full-time.

Get all this and more – including notifications sent straight to your phone – by downloading the Sky Sports Scores app and setting Arsenal as your favourite team.