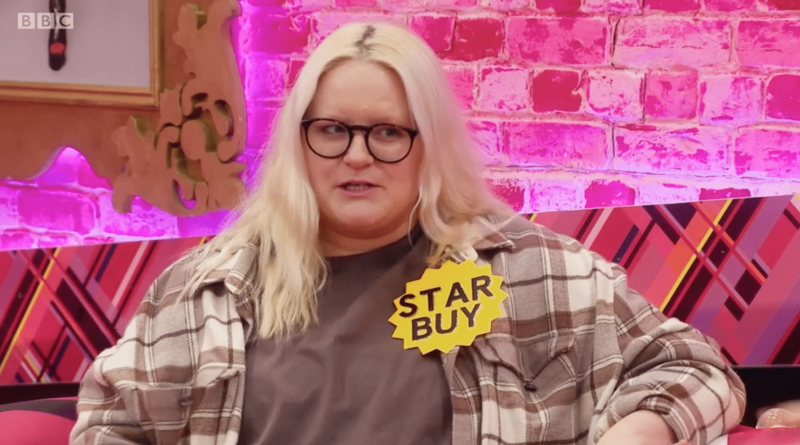 Victoria Scone was given a ‘Star Buy’ sticker by Krystal Versace, who went on to make a ‘fat shaming’ joke. (BBC)

Drag Race UK star Victoria Scone – the first afab (assigned female at birth) queen ever to appear on the series – has been praised after sharing her battle with an eating disorder.

At the start of this week’s episode (30 September), Krystal Versace was asked to play a game of “Rupermarket Sweep” and put stickers on her fellow queens that summed up their personality.

One of these was a “Star Buy” sticker that was intended for Krystal’s “biggest competition”, which she gave to Victoria Scone.

When asked to explain her choice, she said that it wasn’t because Victoria was her biggest competition on Drag Race UK, but just “the biggest”, a statement that Victoria branded “unnecessary.”

This comment didn’t go down well with the other queens either, with 35-year-old Veronica Green (who got an “Out Of Date” sticker) calling it a “low-brow fat joke”.

Krystal did apologise while sitting with Victoria in the werk room, saying that she didn’t want to “bring people down”, adding that it “went over the mark” and she felt pressure to be shady. However, Victoria didn’t brush the comment under the carpet.

“I’m very happy with my size.”

She went on to describe Krystal’s comments as “triggering” and went on to powerfully open up about her past struggle with bulimia that saw her weight plummet to just eight stone.

“I’ve had a horrible time with my weight,” she told Krystal. “I’ve had really bad eating disorders, I’ve dealt with bulimia.”

“Fortunately for me I’m very happy with my size, and I’ve been every size under the sun,” she added.

“I’ve been a dancer since I was three, so there’s always been that pressure on me to be slim and I’m generally not built that way.” She went on to say that slim doesn’t automatically mean healthy, and that staring at herself in a dance college mirror every day in an unflattering leotard and tights was “quite damaging to the soul.”

Due to this pressure, she explained that she stopped eating aged 15. Her weight dropped to eight stone, and it took a while to recover and get herself in a “happy place”.

“Eventually I said I don’t want to do this any more, and I’m just going to be the size that I am,” she said, explaining that this led to her being unsuccessful in dance and that in turn led to her career in drag where “no one tells you what you have to look like.”

The heart-to-heart turned into a wider chat about body image with some of the other Drag Race UK queens. Vanity Milan explained that she was called the ‘darkest sheep in her family’ as she had the darkest skin and Elektra Fence opened up about how she was bullied about her freckles at her boys’ school.

Victoria’s comments were met with an outpouring of love and support on Twitter, with scores of people sending positive messages to her. Lots of people praised the dignified way she handled the situation:

The comment Krystal made to Victoria was completely unnecessary, unwarranted and so childish – Victoria handled it calmly and professionally which makes me love her even more. #DragRaceUK

While others said that her experiences resonated with them personally:

Victoria and Krystal’s conversation really hit home. I’ve struggled with my body, too, being told I wasn’t the ‘right size’ to be a dancer. I still dance today, but body confidence still flits up and down. #dragraceuk

Viewers also singled Veronica Green out for praise thanks to her supportive comments:

Veronica Green calling out Crystal Versace for criticising Victoria Scone’s weight? We love to see it. A real queen. #DragRaceUK

You can watch Drag Race UK on Thursday evenings at 7pm on BBC iPlayer.

If you’re worried about your own or someone else’s health, you can contact Beat, the UK’s eating disorder charity, 365 days a year on 0808 801 0677 or beateatingdisorders.org.uk