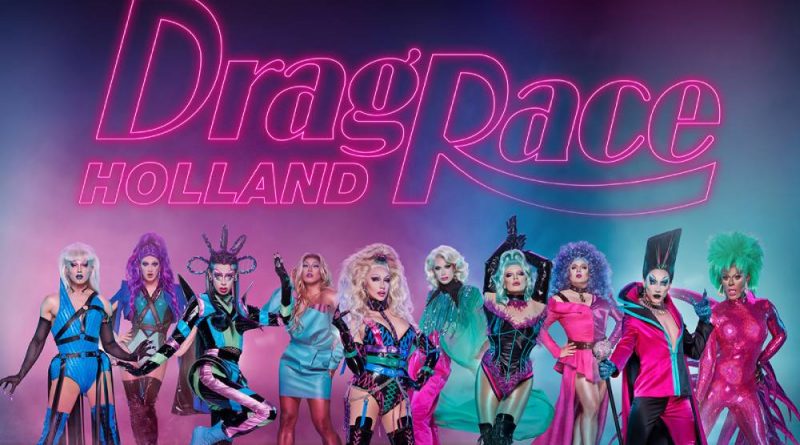 Drag Race Holland has announced the ten queens that will compete in the upcoming second series of the hit drag competition. (World of Wonder/Videoland)

World of Wonder (WOW) announced on Tuesday (27 July) the 10 queens set to join Drag Race Holland season two. The new series debuts 6 August on the subscription streaming service WOW Presents Plus and on Videoland in the Netherlands.

On top of the new cast list, WOW confirmed that Dutch stylist and presenter Fred van Leer will return to host the drag competition after a successful first season. Whoever wins the second season will join the Drag Race Holland hall of fame alongside series one winner Envy Peru.

The winner will also take home a €15,000 cash prize, a crown and sceptre from Fierce Drag Jewels, a beauty editorial in Dutch Cosmopolitan and a spot onstage at Amsterdam’s Milkshake Festival 2022.

Ivy-Elise queen is based in Amsterdam and wants to set an example for the Netherlands and for the Asian community through her appearance on the show. She is also one of the founders of The Mermaid Mansion alongside Drag Race Holland‘s first winner Envy Peru and finalist Miss Abby OMG.

This lively queen says that participating in Drag Race Holland is a “big middle finger” to all of her “haters” who excluded her because she was “different”, according to the press release for this season.

This powerful queen is also known for her moniker “The Dutchess”, and her conceptual and regal appearance will surely impress Drag Race fans.

Born in Port-au-Prince, Haiti, Love Masisi has performed on stages around the world before settling in Amsterdam. She also once won an award for “best butt in the world”, according to WOW.

Artist My Little Punny is a new queen who has established her name in Amsterdam’s competitive drag scene. She has a background in theatre and dance, making her a fierce performer to watch.

The dancer once made a guest appearance at one of Miss OMG’s shows, and her drag identity Reggy B was born. Her striking looks draw inspiration from modern pop culture and are as eye-catching as they are colourful.

Performer Tabitha is a legend in the Dutch drag scene, and her years of experience in nightclubs shows with her ability to command any stage.

One of the younger queens this season, The Countess has branded herself as a “female illusionist based on a true fantasy”. Last season, the queen did van Leer’s makeup, but now she’s stepping onto the stage to show off her striking creations.

The Flemish-Italian queen made history as the first European to win the Miss Continental pageant in Chicago. On top of her status as a trans icon, she is also the drag mother of Envy Peru.

The 22-year-old queen is a true artist as shown by his knowledge of all things wigs, fashion and make-up. Vivaldi provided host Fred van Leer’s wigs in season one, and is ready to showcase her intricate works on the Drag Race Holland runway.