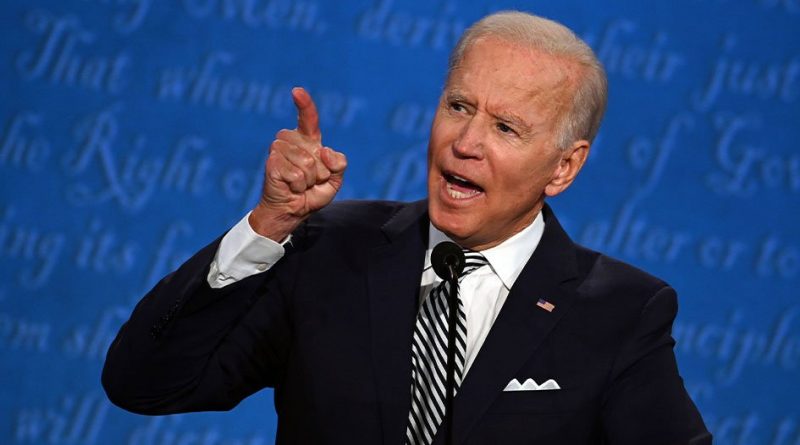 
The Dow Jones Industrial Average popped higher but the Nasdaq closed with even better gains. President Joe Biden hinted at a Build Back Better deal could be made with Senator Joe Manchin. Nike (NKE) was the top blue chip, with Boeing (BA) close behind. Airbnb (ABNB) surged as travel stocks rallied.

Indexes closed near session highs, an encouraging sign. A couple of breakout attempts also took place amid the bullish rebound. Micron Technology (MU) and CubeSmart (CUBE) both moved above buy points during the session.

Biden urged people to get vaccinated as cases of the Covid omicron variant spike.

Omicron is now the dominant strain in the US, accounting for nearly three-quarters of all new cases.

“If you’re unvaccinated, you’re at a higher risk of getting severely ill from Covid-19, getting hospitalized and even dying,” he said during a White House speech.

New measures being taken include the purchase of 500 million at-home rapid tests which will be delivered free to Americans who request them, starting in January. New federal testing sites are also to be launched nationwide.

Biden also raised the prospect of a deal with Sen. Joe Manchin after the Democrat said he would not support the $1.75 trillion Build Back Better economic plan.

“Sen. Manchin and I are going to get something done,” he said.

Nasdaq Gains As These Stocks Excel

The Nasdaq fared best out of the major indexes, closing up 2.4%. Atlassian (TEAM) was a top performer here, rising nearly 11%.

The S&P 500 sectors were mostly green, with technology and energy making the best gains. Consumer staples and utilities were the only laggards.

The Dow Jones lagged the other major indexes, but still managed to close up more than 550 points as it rose 1.6%.

Nike was the star performer here, rising 6.1%. This brought a six-day losing streak for the stock to an end as it gapped up sharply.

The rise comes after Nike quarterly results beat expectations. It earned 83 cents a share and sales of $11.4 billion. Nike stock is tracing a new flat base that has a buy point at 179.20, MarketSmith analysis shows.

It was followed closely by Boeing. The aerospace giant jumped 5.9% after it received an order for 19 new 767 freighters from UPS (UPS). Nike also got a lift when RBC named it a top stock pick for 2022.

The stock remains shy of its 50-day and 200-day lines, but closed in on its short-term moving averages.

Stocks Rebound On Omicron Headlines; What To Do Now

The bullish action allowed the lodging stock to move back above the key 200-day moving average.

ABNB stock is trying to get back on its feet after round-tripping gains from a 177.06 alternate entry.

Airbnb is on the watchlist for the prestigious IBD Leaderboard list of top growth stocks.

Hilton Worldwide (HLT) rose just shy of 6% and now sits just below a new cup with handle and its entry point of 148.85.

CubeSmart closed under its buy point after earlier breaking past a flat base’s entry of 56.74 in heavy trading. This is a second-stage pattern.

The storage stock remains one to watch, however. Its relative strength line is sitting at new highs, a positive, and related stocks have been doing well recently.

Micron Technology closed the day in a buy zone after rising nearly 11%. This allowed it to move above the 89.15 entry of a large cup-with-handle base.

The memory products maker rocketed higher after it bested November-quarter estimates. Its forecast for the current quarter was also better than Wall Street expected.

Investors should exercise caution due to current market conditions. Given the recent change in the current outlook for the stock market, buying any stock now carries more risk than usual.

When Will It Be Time To Buy Tesla, Nvidia, Alphabet Again?