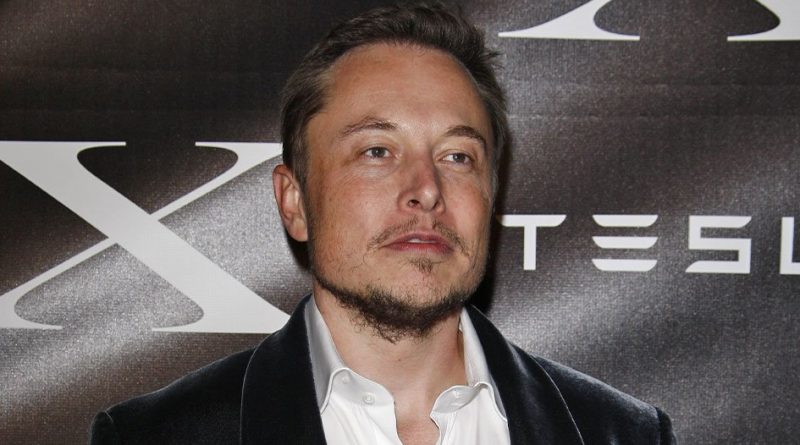 Among Tuesday’s top stocks to buy and watch, Arista Networks (ANET), Driven Brands (DRVN) and Louisiana-Pacific (LPX) are in or near new buy zones. Amid the recent stock market volatility, investors should still be developing watchlists, and avoid making new purchases until the market’s current rally attempt stages a follow-through day.

Microsoft and Tesla are IBD Leaderboard stocks. Arista is featured in this week’s Stocks Near A Buy Zone column and was Monday’s IBD Stock Of The Day, while Driven Brands was in last week’s IPO Leaders story.

Elsewhere, the 10-year Treasury yield traded up to 1.43% Tuesday morning, following its close at 1.42% Monday.

Investors received another round of hot inflation data Tuesday when November’s producer price index was reported at 8:30 a.m. ET. The November PPI rose 0.8% vs. October and 9.6% year over year. Econoday estimates expected prices paid to producers in November to have gained 0.5% month over month and 9.2% year over year.

On Tuesday, the Federal Reserve’s two-day meeting will kick off with the Fed set to release its decision on Wednesday following the conclusion of the policy meeting. The Fed is expected to move quickly to wind down its bond-buying program and signal that it will raise interest rates next year in an effort to curb fast-rising inflation. The Federal Reserve’s new quarterly economic projections are expected to pencil in two rate hikes for 2022.

The major stock indexes posted weak performances Monday, as the Nasdaq again tested its critical 50-day benchmark. Despite the losses, Monday marked Day 6 of new rally attempts on the Nasdaq and S&P 500, and Day 8 for the Dow Jones industrials.

Although indexes are still attempting to confirm a rally, the market correction isn’t over yet; several days don’t make a trend. Starting on Day 4, you are looking for a major index to rise sharply in higher volume than the prior day. That would indicate a follow-through day, and signal the start of a potential uptrend.

Until such a signal appears, the market outlook remains a market in correction. Investors should be avoiding new purchases and maintaining watchlists of top growth stocks. Be sure to keep a close eye on your portfolio to make sure you’re protecting your gains and cutting losses quickly.

Now, while the market is still correcting, it’s a good time to search for stocks that could become the next uptrend’s leaders. One tool helpful in such a search is the relative strength line. The RS line measures a stock’s price performance vs. the S&P 500. If the stock is outperforming the broader market, then the RS line angles upward. If a stock is performing worse than the broad market, then the line will point lower.

After Monday’s session, The Big Picture commented: “Software remains a trouble spot. The iShares Expanded-Tech Software ETF (IGV) is more than 9% below prior highs. Cybersecurity and enterprise software are chief culprits in the software sector. Those industry groups are off about 11% and 18%, respectively, from prior highs.”

Home Depot stock remains just below a 416.66 buy point in a three-weeks-tight formation. Home Depot is the top Dow Jones performer in 2021, up 52.6% year to date through Monday’s close. Shares were unchanged premarket Tuesday even after Goldman Sachs lifted its price target from 428 to 440 due to strong demand.

Retail leader Nike is tracing a new flat base that has a buy point at 179.20, according to IBD MarketSmith chart analysis. Shares are trying to find support around their 50-day line following Monday’s 1.3% loss. Nike stock was flat premarket Tuesday.

Monday’s IBD Stock Of The Day, Arista Networks, shows a flat base with a 134.24 buy point. ANET stock shows a strong 97 out of a perfect 99 IBD Composite Rating, according to the IBD Stock Checkup. The stock is within striking distance of the new entry after Monday’s 1.1% gain. Shares were slightly lower premarket Tuesday.

IPO Leader Driven Brand shares attempted a breakout Monday past a cup with handle’s 33.47 buy point, according to IBD MarketSmith chart analysis. But shares reversed lower, falling over 1% to close below the entry. DRVN shares were flat premarket Tuesday.

Louisiana-Pacific is in buy range past a 73.76 buy point in a cup with handle after Monday’s 2.5% loss. The 5% buy range tops out at 77.45. LPX stock was unchanged premarket Tuesday.

Li Auto triggered the 7%-8% loss-cutting sell rule below a cup-with-handle base’s 34.93 buy point after last week’s tumble, but is trying to rebound. Shares are at their 50-day line after finding support around the long-term 200-day moving average. A new base could be forming. Shares moved down 1.5% premarket Tuesday.

Xpeng Motors triggered the round-trip sell signal from a 48.08 buy point during early December’s sharp sell-off. But XPEV shares are fighting to hold above their 50-day support level. Wait for the stock to form a new base, which would offer a new entry. The stock was down nearly 2% premarket Tuesday.

Lucid Motors shares threatened to give back a part of Monday’s 4% climb, falling over 2% premarket Tuesday. LCID stock remains extended past a 28.49 buy point in a cup-with-handle base, but huge gains have dwindled. Shares are now trying to find support at their 50-day line.

Hot initial public offering Rivian dropped over 1% premarket Tuesday, losing a part of Monday’s 3.7% rise. Early Monday, MotorTrend named the Rivian R1T its 2022 Truck of the Year, calling it “the most remarkable truck we’ve ever driven.”

RIVN shares closed Monday about 34% off their post-IPO highs. The decline is a potential positive for investors remaining disciplined and waiting for an IPO base to form before considering a purchase. The recent weakness is the start of Rivian’s first base formation, and last week’s advance is a step in the right direction.

Tesla stock dropped about 2% premarket Tuesday, on pace to add to Monday’s 5% skid, which saw the stock break down through its key 50-day support level. The stock closed below its 50-day line for the first time since June 22.

TSLA shares remain sharply above a 764.55 buy point in a cup with handle. The EV giant is working on a new base, though that needs another week to form, with a likely 1,202.05 buy point. Drawing a trend line from the record high could offer an early entry around 1,150.

Among Dow Jones stocks, Apple stock reversed from record highs Monday, closing lower after trading as high as 182.13 during the session’s 2.1% slide. The stock closed about 15% past a 153.27 buy point out of a cup-with-handle base, according to IBD MarketSmith chart analysis, and is approaching the 20%-25% profit-taking zone.

Apple stock turned slightly lower premarket Tuesday after giving up early gains fueled by an analyst upgrade. BofA Securities upgraded the stock from neutral to buy and raised its price target from 160 to 210.