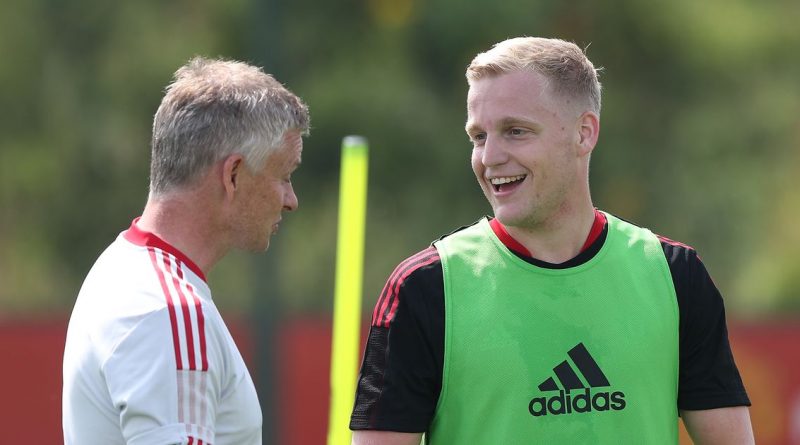 Donny van be Beek has provided his reaction to returning to Manchester United training this week.

The Dutch midfielder suffered a groin injury prior to the start of Euro 2020, ruling him out of the tournament in the process.

His injury has meant he has played no part in United’s pre-season friendlies against Derby County and QPR but could now be in contention to feature in the club’s remaining fixtures against Brentford, Preston and Everton prior to the start of the Premier League season.

Van de Beek was certainly pleased to be taking part in training once again at Carrington as he marked his return from injury.

Sharing an image of himself in action on social media, the 24-year-old added the caption of “Good to be back.”

Despite arriving at the club for a £35million fee, Van de Beek only started four Premier League matches all season and was consistently overlooked by the United boss.

The future of Paul Pogba could well have an impact on potential opportunities available to the Dutch international next campaign, with Pogba looking likely to move on this summer.

Should the World Cup winner head for the exit doors, there is every chance that Van de Beek could play more of an influential role in the team.

Should Solskjaer given Van de Beek a regular role in the side next season? Comment below.

There had been talk of Van de Beek potentially leaving the club after only one season, though he now seems likely to remain at Old Trafford.

United will fancy their chances of challenging for silverware next season, having already recruited Jadon Sancho as well as edging closer to a deal for Real Madrid defender Raphael Varane.

Van de Beek could feel like somewhat a new signing if given game time, having been unable to showcase his true potential.