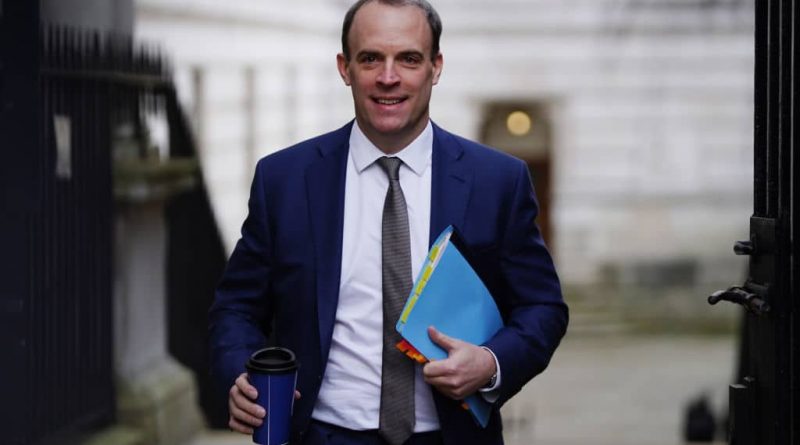 Justice secretary Dominic Raab is facing strident criticism from legal experts after he said he wanted to overhaul the Human Rights Act to give UK courts more power.

During an appearance at the Conservative Party conference in Manchester, Raab said he wanted to rework the Human Rights Act to reduce the power of the European Court of Human Rights.

Speaking to the Sunday Telegraph this weekend, Raab doubled down on his suggestion that the Human Rights Act should be overhauled. He said British institutions should not be “dictated” to by judges in Strasbourg.

He said he is devising a “mechanism” that will allow the government to introduce legislation that would “correct” court judgements they deem to be “incorrect”.

“We want the Supreme Court to have a last word on interpreting the laws of the land, not the Strasbourg court… We also want to protect and preserve the prerogatives of Parliament from being whittled away by judicial legislation, abroad or indeed at home,” the deputy prime minister said.

He went on to reveal his plans to amend the Human Rights Act so that the British Supreme Court would have the final say on cases over the European Court of Human Rights.

Simor insisted that Raab’s is incorrect, adding: “Parliament decided how influential ECHR judgements should be and in the Human Rights Act provided that they should be persuasive but not binding.”

Scrapping human rights protections because you don’t like abiding by the law, all while the justice system crumbles. The new Justice Secretary shows his true colours https://t.co/e7QGVf4M4U

Liberty, a human rights organisation, also condemned Raab’s plans when he announced his intentions at the Conservative Party conference earlier this month.

“We all want to live in an equal, just and fair society, where governments and public bodies act in our best interests,” said Charlie Whelton, policy and campaigns officer at Liberty.

“Today’s statement from justice secretary Dominic Raab threatening to overhaul the Human Rights Act – a vital tool that not only guarantees our human rights but holds those in power to account – represents a significant risk to our democracy.”

Whelton went on to explain that the Human Rights Act helped families who lost loved ones in the Hillsborough disaster to secure justice. He also said it has allowed disabled people to challenge the suspension of benefit payments.

“The Human Rights Act has made many people’s live better, allowing ordinary people to challenge governments and public authorities when they get it wrong.”

Whelton said the Raab’s plans suggest that the government is “actively planning to erode our ability to access justice and stand up to power”.