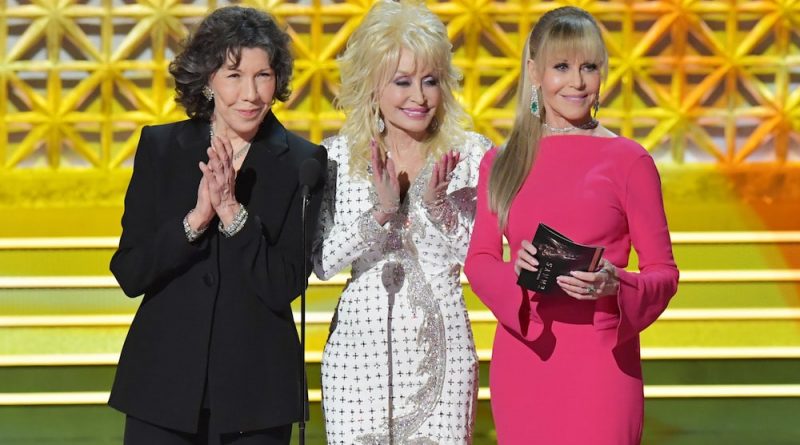 Dolly Parton is set to reunite with her 9 to 5 co-stars Jane Fonda and Lily Tomlin in the final season of Grace and Frankie.

On Friday (5 November), Netflix announced on Twitter: “It’s finally happening: Dolly Parton will appear in the seventh and final season of Grace and Frankie!!!”

Earlier this year, Netflix dropped the first four episodes of the final season of Grace and Frankie, which follows Fonda and Tomlin as the titular characters whose husbands both came out as gay and left the two women for each other.

Dolly Parton will appear in the seventh and final season of Grace and Frankie!!! pic.twitter.com/JIZRVWqPGT

No details have yet been released on Parton’s role, but the remaining episodes of the 16-episode series are set to be released next year.

Her appearance on Grace and Frankie will see her reunite with her co-stars from her iconic 1980 film 9 to 5.

The film sees the three overworked and underpaid women abduct their “sexist, egotistical, lying, hypocritical bigot” boss to take over the company, and has since been made into Broadway musical.

Dolly Parton recently revealed the significance behind her tattoos

Dolly Parton recently opened about her tattoos, revealing that she has “more than one” and explaining their significance.

The singer has never shown her tattoos in photographs, but told W magazine: “I have a few little tattoos here and there.

“Most of my tattoos came because I’m very fair, and I have a tendency to scar when I get any kind of cut.”

She added that they aren’t “heavy, dark tattoos” but instead are “all pastel”. The ink includes butterflies, she said, adding that she used to “get in trouble with my mom” because her family would often find her “chasing a butterfly from one bush to another” when she was young.

Parton continued: “Butterflies don’t sting, they don’t bite and they are so beautiful. And I just kind of related to them with my own personality. I claimed them as my little symbol.”