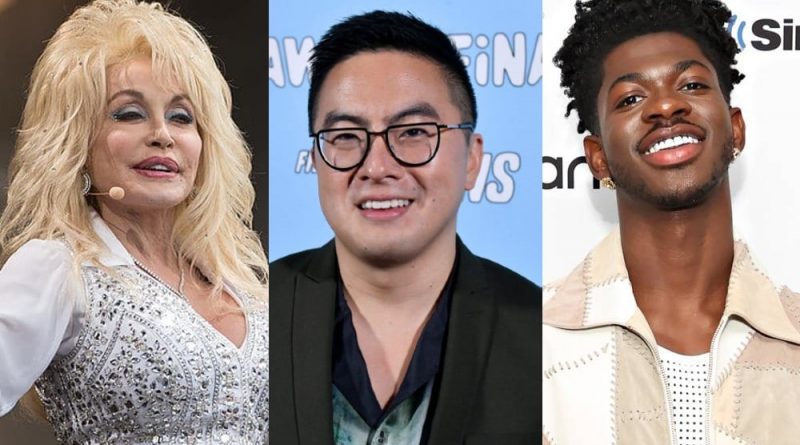 Dolly Parton, Bowen Yang and Lil Nas X are among the legends listed in TIME’s 100 Most Influential People (Getty)

Dolly Parton, Bowen Yang and Lil Nas X are among the incredible LGBT+ icons and allies honoured in TIME’s 100 most influential people of 2021.

The stars rubbed shoulders with Joe Biden, Xi Jinping, Prince Harry and Megan on the prestigious list, which recognises the figures who are shaping the future of business, entertainment, sports, politics, science, health and more.

Lil Nas X’s entry was written by American rapper Kid Cudi, who said: “What he’s doing is what we need right now. To have a gay man in hip-hop doing his thing, crushing records – that is huge for us and for Black excellence. The way he’s unafraid to make people uncomfortable is so rock ’n’ roll. He’s a true rock star.”

The out actor and comedian Bowen Yang was recognised by queer icon Sandra Oh. “I can’t tell you how much I’ve loved seeing him flourish on Saturday Night Live,” she said.

“As an Asian American performer on such a high-profile show, he’s taken on a stewardship role. But there should be no pressure for him to do anything more than just be himself: quick-witted, hilarious and absurd, with an elegant heart. We’re only really starting to see his potential as a performer and as a writer – he has so much to offer.”

Living angel Dolly Parton was honoured by her goddaughter Miley Cyrus, who wrote how Dolly has “diligently celebrated the queer community” and impacted millions through her philanthropy work, which includes a $1 million donation to COVID-19 vaccine research.

“Dolly is not only my idol because of her incomparable career – she’s also my role model because of her steadfast morals and values. At her core, she is the definition of a humanitarian,” Miley said.

Other honourable mentions include Britney Spears, described by Paris Hilton as “one of the most influential artists in pop-music history”, and “a survivor of more than a decade of trauma and abuse” from her conservatorship.

19-year-old Bilie Eilish was listed among the pioneers of 2021, with an effusive entry written by Megan Thee Stallion after meeting Eilish at the Grammys.

“She is a rare spirit who speaks from her heart with no pretences. I knew I had found a kindred spirit that night. One who is strong, but still learning and still growing. A woman who stands up for herself and advocates for women everywhere,” she gushed.

An unexpected entry in the Innovator category was given to Willow Smith, her mother Jada Pinkett Smith and and grandmother Adrienne Banfield Norris. The trio were recognised for their Facebook Watch series Red Table Talk, which sees three generations of the Smith family having open conversations about “taboo” subjects.