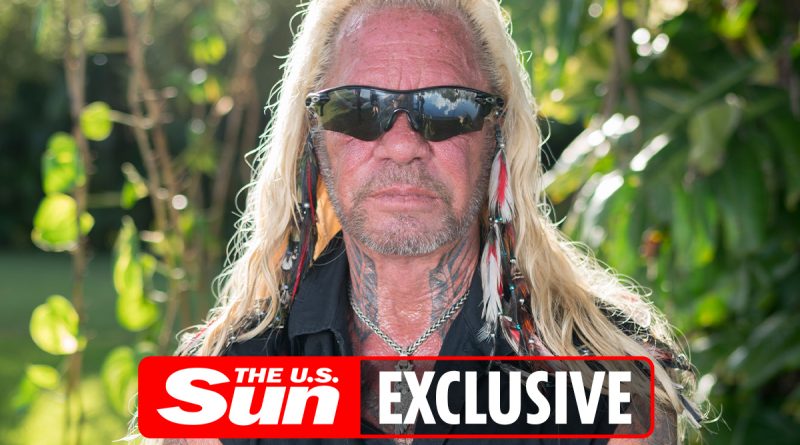 The reality TV star exclusively told The Sun that he found Gabby Petito’s fiancé’s social media accounts “absolutely terrifying” just days before it was revealed she died from manual strangulation.

The 68-year-old claimed that Laundrie was “built to be a killer” through the books that he read and the artwork he shared.

Laundrie has not been named as a suspect in Gabby’s death but is a person of interest.

He has been on the run since September 13 and a warrant was issued for his arrest on September 24.

The 23-year-old fugitive is wanted for misuse of a bank card, which Gabby’s family confirmed wasthe vlogger’s.

The FBI has centered its search on the Carlton Reserve where Laundrie’s parents claim he last went for a hike.

A K-9 unit was brought into the area on Thursday but no further details on the search have been released.

Dog mounted his own search at Fort De Soto Park after reportedly receiving a tip that Laundrie was there in early September.

It then emerged that Laundrie and his family had a Labor Day camping trip at the park just days after he returned to Florida alone in Gabby’s van.

Read our Dog the Bounty Hunter live blog for the very latest news and updates.

His sister Cassie said they did not discuss Gabby on the trip.

Dog revealed that he had carried out a deep dive into Laundrie’s online presence in order to build a profile to hunt him and claimed what he found was “terrifying.”

“Back when I started there was no Facebook and there was no internet and you couldn’t go back into the personality of the person, you had to interview different people in the family to get what they’re like,” the famed bounty hunter said.

“Nowadays you can find out someone from their Facebook.

“What Francy and I found on that Facebook is absolutely, I can say terrifying,” he added of the search he and his wife carried out.

‘A KILLER IS MADE’

“I’m thinking more and more about him being maybe a serial killer, not just a killer of Gabby,” he claimed.

“The books he read are unbelievable.

“This kid Brian has taken those books obviously to heart,” Dog continued.

“And this is what happens when your kid is looking at those kinds of things, catches on, and it’s demons and it is blood and it’s this and it’s that, look what that led to.

“He just overnight didn’t become a killer. A killer is made, and he is built to be, or she, a killer.

“He built himself to be that by looking at that kind of, let’s say the dark side stuff, and I call it what it was demonic.”

Dog said of Laundrie’s social media that there are “pictures of demons all over it” and it gave his wife “goosebumps.”

The fugitive wrote in an Instagram post that he and Gabby read the horror-satire novel Lullaby by Chuck Palahniuk.

He said: “Reading is different than any other consumption of media, it takes more effort than staring at a screen half alive, it allows you to use your brain rather than melt it, and there is no author more stimulation to me than Chuck Palahniuk.”

Lullaby, published in 2002, tells the story of journalist Carl Streator, who is writing an article about crib death when he notices a strange connection between the deaths of the babies and those of his own wife and infant.

He then finds out that his wife and child had died after he read them a “culling song” from a book.

Streator unintentionally memorizes the rhyme and becomes a serial killer who kills people over minor annoyances.

One haunting piece shows what appears to be a man wearing a wolf mask holding a blood-soaked knife.

Another post dated July 15, 2020, is captioned: “Grim Reaper leading sheep to the slaughter” and shows a herd of sheep surrounded by ghoulish figures wielding scythes.

Dog’s comments come this week as more details on Gabby’s death were revealed.

Dr Brent Blue of the Trent County coroner’s office said that she was killed by manual strangulation or throttling determined by the injuries found around her neck.

However, he would not go into further details about what the injuries were.

He would also not confirm if she was killed in the same place as her body was found in Wyoming and would not speak to Laundrie potentially being named as a suspect.

The FBI, which is leading the case, has not yet commented on the full autopsy results.

Brian Laundrie ‘doesn’t have guts to kill himself & cowboys will make his life HELL in jail’, Dog the Bounty Hunter says