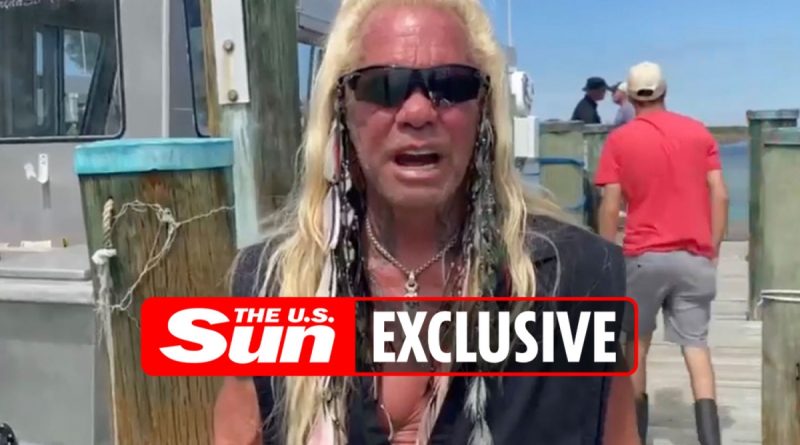 
DOG the Bounty Hunter is being sued over allegations that he called the Parkland shooter’s brother the R-word slur and filed a false report with the FBI against his former business partner.

In the lawsuit, filed on Thursday in Virginia and obtained exclusively by The Sun, Michael Donovan the CEO of Unleashed Entertainment alleged that Dog “lied about meeting Zachary Cruz, the Parkland shooter’s brother, and that he falsely asserted that the young man was ‘retarded.”

Zach has been living with Michael and Richard since 2018 according to various reports.

Michael was working with Dog on a canned reality show for Unleashed, however the CEO had alleged in the suit that the reality star was fired over various ethical violations, including using racial slurs and homophobic troupes.

The complaint alleges: “On or about January 30, 2021, Defendant Chapman made a knowingly false report of abuse to Social Services in Virginia, and to Defendant (Jane) Collins, a Special Agent with the Federal Bureau of Investigation.”

“The subject of his complaint was Plaintiff Zachary Cruz, someone he had only met in passing.”

In the suit Michael, Richard and Zach allege that “Virginia social services workers and a corrupt county sheriff, working on a false tip from Defendant Duane Chapman, conspired to search the home of Zachary Cruz and his family, arrest Cruz, and place him into a conservatorship.”

The suit also names Dog’s daughter Lyssa as a defendant.

The plaintiffs allege that Dog and “his daughter Lyssa continued to pump out innuendo designed to damage Donovan and Moore’s reputation.”

The complaint also alleged that during Dog and Unleashed Entertainment’s short-lived work together, that “Plaintiff Donovan became aware of Defendant Chapman’s use of ‘shell companies’ as personal slush funds to avoid the payment of taxes.”

The lawsuit stated: “Upon information and belief Defendant Chapman owes millions in taxes that were evaded using the scam. Plaintiff Donovan instructed Chapman that his company Unleashed Entertainment could no longer do business with him if he insisted on using a scheme to evade taxes.

“Upon information and belief, Defendant Chapman became hyper concerned that his behavior might be reported to authorities after the cancellation of his show ‘Dog Unleashed.’”

When contacted about the new lawsuit, a rep for Dog responded: “We have no comment.”

Michael and Dog’s feud over the cancellation of the show had been further exacerbated after the CEO filed a lawsuit last week detailing some of behavior that they claimed Dog exhibited during his work with the company.

The Sun was first to report that Dog was the target of a $1.3million lawsuit accusing him of “racist and homophobic behavior” before and after filming his axed reality show Dog Unleashed.

The previously filed suit accuses the reality star of breach of contract – and alleges Dog was fired from a canned TV show for racist outbursts and carrying an illegal Taser while filming in Virginia.

Dog allegedly used the Taser to intimidate his way into someone’s home, according to the suit seen by The Sun.

And a plaintiff in that lawsuit alleges Dog used homophobic language.

Dog has vehemently denied the allegations.

He was recently scouring remote areas of southern Florida in the search for Brian Laundrie, 23, the fugitive wanted in connection with the homicide of his fiance Gabby Petito.

The 22-year-old was found dead last month in Wyoming after disappearing on the couple’s cross-country road-trip.

Dog Unleashed was canceled just weeks before the April 1, 2021 premiere.

In that suit Michael is suing Dog, 68, for defamation.

The court papers filed on October 5 claim: “Defendant is a disgraced reality TV star who was fired by Plaintiff after his company discovered that the Defendant had used racial epithets to attack Black teenage Black Lives Matter Activists.

That lawsuit claimed the Dog The Bounty Hunter star “illegally holstered and wore a taser device during filming in Virginia, which is illegal in the Commonwealth considering Chapman has been convicted of a violent crime.”

Michael claimed in that lawsuit that he viewed court documents from the murder conviction.

Dog was found guilty of first-degree murder and was sentenced to five years in Texas State Penitentiary – though he only served 18 months before his release.

He was waiting in the getaway car when his friend shot and killed drug dealer Jerry Oliver over cannabis.