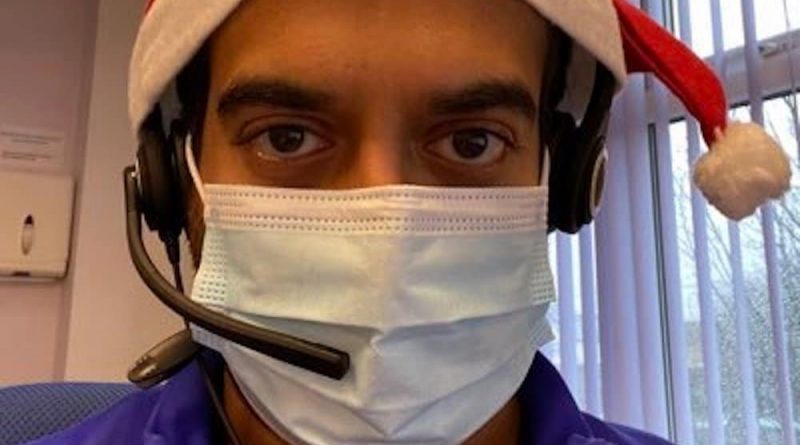 A London doctor has been fined £2,000 for posting fake gay escort ads for a builder who wouldn’t finish his fence.

Dr Suthan Ulakanathan, 37, fell out with his builder, Steven Hay, 30, when Ulakanathan refused to pay £300 of a £600 bill, and the builder walked out, leaving his fence unfinished.

According to the Daily Mail, Croydon Magistrates’ Court that Ulakanathan added the words: “Young 30-year-old male, all types welcome, confidential, if free come to mine, will be in all day most days.”

Shortly afterwards, Hay was at the pub when he received a text that read: “Hey you x.”

He thought it was an ex-partner, but he was soon bombarded with texts and phone calls from men enquiring about sexual services.

He told the court: “It continued from a number of people at different times and was quite intense for the first month, everyday and late at night and the early hours of the morning.”

On one occasion had to rush home when his mother told him a man had appeared on their doorstep.

“The bloke was so embarrassed and I felt for them,” said Hay.

“I told the police it was a hate crime because these people would not know I might have been homophobic and attack them.”

Ulakanathan was arrested in February and this week pleaded not guilty to two counts of harassment without violence.

He described Hay as a “cowboy builder”, and admitted to posting the ads, and added that he tried to delete them but didn’t know how.

He was later convicted of harassment and ordered to pay a £2,200 fine and almost £1,000 in other costs. The GP will soon have to attend a misconduct hearing at the General Medical Council to decide whether or not he will be struck off for posting the fake gay escort ads.

Ulakanathan spoke of the stress of working as a GP during the coronavirus pandemic, and said that he had recently lost both his father and his uncle.

“At the time I was dealing with grief,” he said.

“I was low with and the grief had left me acting in a childish and silly way.

“It was never my intention that he have anyone come to his house or that he is threatened him or caused any distress or be scared.”