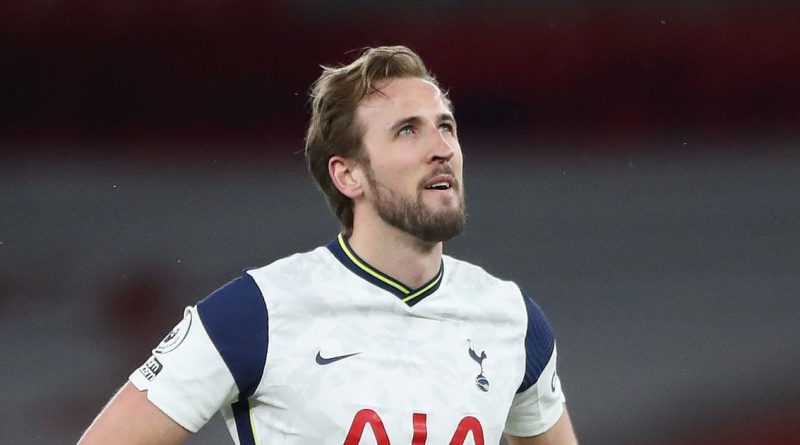 Wantaway striker Harry Kane has been blasted for being ‘disrespectful’ after staying away from training in a bid to force through a departure from Tottenham Hotspur.

Despite his efforts though, Spurs once again failed to win a trophy and endured a disappointing season in the top-flight to end up seventh.

Amid that continued failure to pick up any silverware, the England captain informed the club at the start of the summer that he would be seeking a departure in this window.

Manchester City are the frontrunners to sign him, with Pep Guardiola in the market for a striker having allowed Sergio Aguero to join Barcelona on a free transfer.

But with three years remaining on his current contract, an exit is proving harder to complete than Kane and City expected.

The Premier League champions reportedly had a £100million bid for the striker rejected earlier in the transfer window.

And Spurs chief Daniel Levy is adamant that he will not open negotiations over a potential deal unless a fee in the region of £160m can be agreed.

That is proving to be too much for even cash-rich City to stomach, with Kane in serious danger of being forced to stay with the London club.

With his move close to stalling, Kane took the decision to fail to report for training as scheduled following the end of his holiday.

The 28-year-old was due to begin his preparations for the upcoming season today, but was a notable absence from Hotspur Way.

Kane’s decision to take that move has been slammed by former Spurs centre-back Ramon Vega, who believes the striker is being ‘disrespectful’.

Is Harry Kane right to stay away from Tottenham training? Comment below.

“From Harry Kane’s point of view, he disrespects himself completely as a fan, as a player. He disrespects the club. Most importantly, the fans as well,” Vega told Sky Sports.

“From my point of view, as an England captain, he has to come and say what he wants to do and that will be more respected than just hiding and not turning up to the training ground.

“I think it’s important that the clear message now is, what does Harry Kane want to do?”

Vega also questioned Kane’s motives for wanting to leave, highlighting the fact that Spurs have reached the finals of the Champions League and the Carabao Cup in recent seasons.

“His team-mates will ask themselves, did they have a chance to actually win trophies?” Vega added.

“The Champions League final, he was even in the European Championship final as well. It’s not saying he didn’t have a chance to win trophies.

“He had the chance, he was there. So, from my point of view, when you have the chance to win trophies, you have to take it.


“It’s a very, very silly excuse. I think his team-mates will, from my point of view, in today’s market and football, everyone’s an individual and looks out for himself.

“What I see now, he looks out for himself in this moment. If he wants to leave a legacy at Spurs, he needs to be honest with himself and come out.”