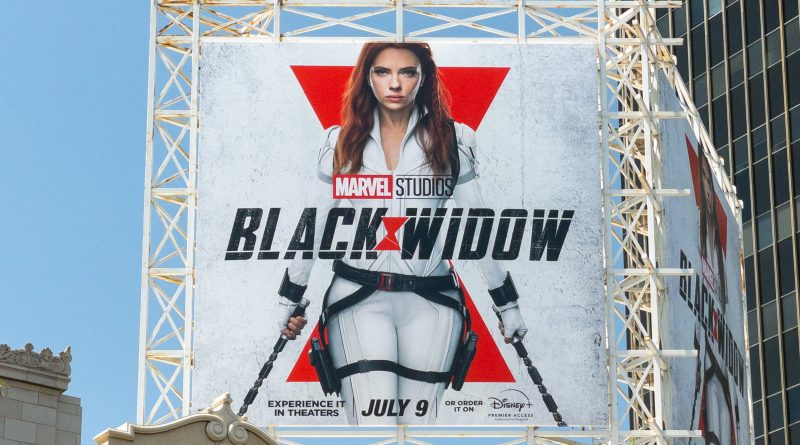 View of a billboard above the El Capitan Entertainment Centre promoting Marvel Studios’ ‘Black Widow’ on June 22, 2021 in Hollywood, California.

Disney has fired back against Scarlett Johansson Thursday after the Marvel actress filed a lawsuit against the studio for releasing “Black Widow” on Disney+.

Johansson claims she had been guaranteed an exclusive theatrical release of the film and much of her salary was tied to its box office performance.

“There is no merit whatsoever to this filing,” Disney said in a statement Thursday. “The lawsuit is especially sad and distressing in its callous disregard for the horrific and prolonged global effects of the Covid-19 pandemic.”

“Disney has fully complied with Ms. Johansson’s contract and furthermore, the release of ‘Black Widow’ on Disney+ with Premier Access has significantly enhanced her ability to earn additional compensation on top of the $20 [million] she has received to date,” it added.

According to the actress’ lawsuit, Johansson’s representatives had sought assurances that “Black Widow” would be released in theaters as far back as 2019. There were concerns that Disney executives might use the film to pad its new streaming service Disney+.

Johansson’s cite a response from Marvel’s chief counsel, which stated “Black Widow” would be released like other films in the Marvel Cinematic Universe. Meaning, it would have a theatrical run before going to the home video market.

“We understand that should the plan change, we would need to discuss this with you and come to an understanding as the deal is based on a series of (very large) box office bonuses,” the response reads.

This statement was provided months before the pandemic disrupted the movie theater industry and forced studios to shift theatrical release strategies.

The filing alleges that once Johansson heard that “Black Widow” would be released on streaming and in theaters on the same day, she attempted to negotiate with Marvel. Disney and Marvel did not respond.

It is unclear how much Johansson was paid to star as Natasha Romanoff in the film or if the purported $20 million payout from Disney includes any of the film’s current box office haul.