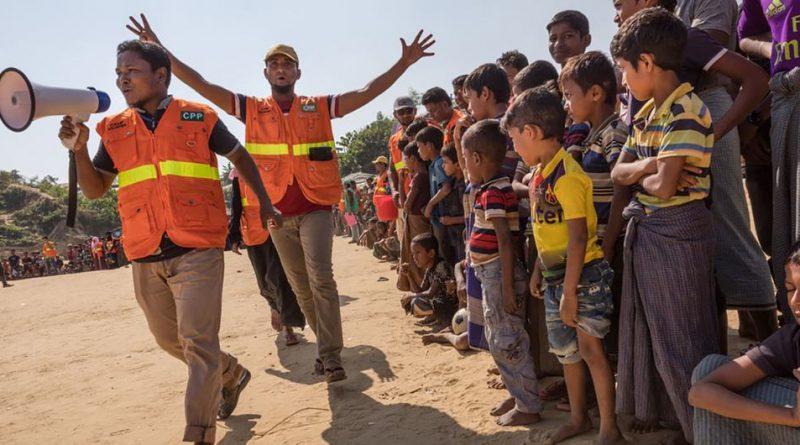 
Coinciding with the International Day for Disaster Risk Reduction , the numbers in the report are even worse for developing countries on the front lines of climate change, the report states. Less than half of the Least Developed Countries (LDCs) and only one-third of Small Island Developing States (SIDS), have a multi-hazard early warning system.

The report, Global Status of Multi-Hazard Early Warning Systems – Target G, is based on new data that shows that countries with limited early warning coverage have mortality rates during disasters, that are eight times higher than countries with substantial to comprehensive coverage.

“The world is failing to invest in protecting the lives and livelihoods of those on the front line. Those who have done the least to cause the climate crisis are paying the highest price”, said UN Secretary-General António Guterres, in a video message marking the day.

The report shows that LDCs, SIDS, and countries in Africa, require the most investment to increase early warning coverage and adequately protect themselves against disasters.

“As this report was being prepared, Pakistan is dealing with its worst recorded climate disaster, with nearly 1,700 lives lost”, said Mami Mizutori, UN Special Representative for Disaster Risk Reduction and Head of UNDRR.

“Despite this carnage, the death toll would have been much higher if not for early warning systems.”

“Worryingly, this report highlights significant gaps in protection as only half of the countries globally have Multi-Hazard Early Warning Systems”, she added. “This is a situation that needs to urgently change, to save lives, livelihoods, and assets”.

Petteri Taalas, WMO Secretary-General, said the number of recorded disasters has increased five-fold, “driven in part by human-induced climate change and more extreme weather. This trend is expected to continue. Early warning systems are a proven and effective climate adaptation measure, that save lives and money”.

“But we can and must do better. We need to ensure that early warnings reach the most vulnerable and that they are translated into early action,” he added. “This is why WMO is spearheading a UN initiative on Early Warnings for All in the next five years.”

Humanity ‘in the danger zone’: Guterres

As ever-rising greenhouse gas emissions are “supercharging extreme weather events across the planet”, Secretary-General António Guterres warned in his message for the International Day, that climate disasters are hurting countries and economies “like never before”

He explained that increasing calamities are costing lives and hundreds of billions of dollars in loss and damage, and recounted how he witnessed first-hand, the devastation unleashed by the recent floods after his visit to Pakistan.

“Three times more people are displaced by climate disasters than war”, the UN chief said, adding that “half of humanity is already in the danger zone”.

He argued that the world is “failing to invest in protecting the lives and livelihoods of those on the front line”.

At the same time, Mr. Guterres continued, those who have done the least to cause the climate crisis are paying the highest price.

“Entire populations are being blindsided by cascading climate disasters without any means of prior alert”, said the UN chief, stressing that “people need adequate warning to prepare for extreme weather events”.

For this reason, he reiterated his call for universal early warning coverage over the next five years.

“Early warning systems – and the ability to act on them – are proven life-savers”.

At the UN climate conference (COP27) in Egypt next month, the Secretary-General said that he would launch an action plan to make his five year deadline a reality, and urged support from all “governments, international financial institutions and civil society”.

He said delivering on loss and damage at COP27 will be “an important litmus test” for rebuilding trust between developed and developing countries.

“On this International Day for Disaster Risk Reduction, I call on all countries to invest in early warning systems and support those who lack capacity”, concluded the UN chief.